« Back to Peter Main's Homepage

Computer simulation: motion of a skydiver
Vol.1 No.2 November 1991

Computational physics investigates physical systems by computer simulation. The mathematics required to produce a computer model is often simpler than that needed for a purely theoretical analysis. Even a simple computer model can produce results unobtainable by any mathematical formula. You are invited to simulate the motion of a skydiver and investigate some of its characteristics.

The physics of the flute is demonstrated by observing the behaviour of waves on a rope. These show standing waves, modes of vibration and resonance. The equivalent experiments using sound let you listen to the waves rather than see them. The flute is seen to be a resonance tube of variable length, stimulated by an edge tone and using several modes of vibration to increase its musical range. Knowing what happens in a flute doesn't make you a better flautist, but it's more fun.

You are invited to perform computer experiments in putting the shot or throwing a ball. You will see how the variable parameters of the throw affect the distance thrown. With a bit of luck, this will help to improve your own performance in the school sports.

A common method in computer simulation is the Monte Carlo method. It uses random numbers to simulate a huge variety of phenomena. The surprising thing is that, despite the random numbers, it can be used to examine the behaviour of very well ordered systems. You are invited to repeat the most famous example of the Monte Carlo method - the investigation of neutron diffusion in a nuclear reactor. This is one of the first computer experiments ever performed.

The invention of the pendulum clock by Huygens revolutionised the measurement of time. It was one of the biggest improvements in the accuracy of time measurement there has ever been. He tried to use his clock to measure time on board ships as an aid to navigation but, unfortunately, a pendulum doesn't swing evenly on a ship in a rough sea! However, he made a number of important and interesting discoveries which are worth knowing about even today.

For more than 2000 years, from the time of Pythagoras to Newton, scientists looked for a musical pattern in Nature to explain how things worked. We still look for patterns today, but it is normally a mathematical pattern, rather than a musical one, that explains scientific phenomena. However, the influence of music was such as to give us Kepler's laws of planetary motion, the seven colours of the rainbow and even Newton's law of universal gravitation!

Even though most people will claim that you cannot see atoms, it is possible to form images of molecules which show their full three-dimensional structure. You can 'see' atoms, using X-rays instead of light, and the image is formed in a computer instead of by an optical instrument. The technique is known as X-ray crystallography and it is very widely used in science. This article describes how it is achieved.

Look up in a recipe book the cooking time for your Christmas turkey and you will find it is given as so many minutes per pound. However, this varies with the total amount of meat, so that a big turkey requires fewer minutes per pound than a small one. Why is this? The physics of heat conduction has the answer and may provide a more precise formula for cooking time than the recipe book.

The famous experiment which led to the discovery of the atomic nucleus in 1911 examined the nature of alpha-particle scattering from gold foil. A computer simulation of this experiment allows you to examine alpha-particle paths, to look at the angular distribution of the scattered particles, measure the atomic number of heavy nuclei and even measure the size of the nucleus.

This first of two articles on chaos explores a simple mathematical system which is completely defined and yet displays chaotic behaviour. It is used to illustrate some of the strange behaviour and amazing properties of chaos, including its unpredictability and beautiful patterns of order.

Unpredictable physics of chaos
Vol.5 No.5 May 1996

This second of two articles on chaos shows how the behaviour of a chaotic mathematical system, seen in the first article, is also found in physics. Examples are given of non-linear mechanical and electrical oscillators and a very simple magnetic pendulum which you can make for yourself.

Random-dot stereograms give the rather striking three-dimensional pictures you see when you look at a particular pattern of apparently random dots. They are also known as autostereograms, since it is not necessary to have random dots to create the picture. This article describes how to generate these patterns on your home computer using a simple program. After generating the patterns, you can either print them out or look at them directly on the computer screen.

Radioactivity is a natural phenomenon which occurs all around us. It was discovered just over 100 years ago by the Freench physicist Henri Bequerel when he was looking for something entirely different. Almost everything is naturally radioactive, including you and the food you eat. Fortunately it is an extremely low level of activity, but watch out for ways in which the radioactivity can be concentrated.

Science and sport are two important areas of human activity, but they are not often considered together. Sport is often regarded as if it had nothing to do with science. However, the laws of physics are universal and apply to sport just as much as to anything else. This article considers one small area of sport where balls travel through the air. Physics tells us how the surface of the ball and its spin affect the way we play games.

If you visit the Manchester Velodrome to see some bicycle racing, you will also observe the results of some clever calculations involving a knowledge of physics. As is fitting for a track of international standard, it has been very carefully designed and this article examines some of the physics involved.

Everyone recognises a violin. It is one of the most common musical instruments and many physicists play one. However, they are usually taught by musicians who rarely question how the sound is produced or how it reaches our ears. This article asks these questions and investigates the physics of violins.

The range of fundamental physics and amount of superb engineering that makes a CD player work is enormous. So much so, that it is truly remarkable that a CD-ROM drive for a computer costs only a few tens of pounds. This article gives a flavour of what goes into this technological miracle and should leave you thoroughly impressed by the scientists and engineers who developed it.

Rijke's tube turns heat into sound. Here we describe this simple, but entertaining, experiment and guide you to an understanding of the interesting physics behind it.

When you ride a bicycle, you are in contact with the ground through two very small areas, one at the bottom of each wheel. Similarly, when you walk a tight-rope, you have only two small areas of contact with your support. Why, then, is riding a bicycle so much easier than tight-rope walking? Physics tells us why - but it's more complicated than you think! This article looks at the different forces that keep us upright on two wheels.

Physicists know a thing or two about how solids, liquids and gases behave. Have you ever thought that motorway traffic might behave in a similar manner? We see here how it may have solid, liquid and gas phases and even propagate waves. However, with drivers showing an excess of free spirit, it is not surprising that some aspects of its behaviour still defy explanation.

On 14 December 1900, Max Planck communicated to the German Physical Society his discovery of the quantum and the value of the fundamental constant that we now call Planck's constant. This marked the start of the quantum theory and the birth of modern physics. 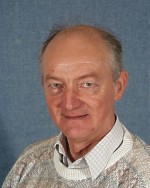