Brian Fulton
Professor of Physics and Dean of Faculty of Sciences

Visit Brian Fulton's profile on the York Research Database to:

Awarded Phillips Prize (2017) by the Institute of Physics

Fellow of Institute of Physics

I have always been interested in the study of nuclear reactions, both the reaction mechanism itself and how reactions can be used as a probe to study particular aspects of the structure of the nucleus. My early interests were in transfer reactions and the description of these using coupled reaction channels models. This lead to an interest in "break-up", where one of the nuclei in the collision fragments into smaller clusters. Although my initial interest was to investigate how this process influenced the overall reaction, I side tracked down a long, but particularly productive path using break-up to probe the cluster structure of nuclei. This was a fascinating period dealing with concepts such as "nuclear molecules" and "alpha chain states".

More recently I have turned my attention to the study of reactions of astrophysical interests. This is a wonderful area of study, where nuclear physics can contribute to the understanding of some of the most amazing sites in the universe (Novae, X-ray Bursters, Supernovae etc.). By making use of our understanding of reaction processes, and by exploiting our techniques developed to measure specific types of reactions, we can determine the rates of the key nuclear reactions which power these explosive sites. The experimental challenges are enormous - beams of short-lived radioactive nuclei are required and the low reaction rates demand extremely sensitive detection systems.  We work closely with astrophysics modellers and astronomers to build this nuclear physics understanding into models of these objects.

As an experimenter, my main interest has been in developing detection techniques to enhance reaction studies and this has led me to the construction of a number of large, multi-detector arrays. These have been built and operated in a number of overseas laboratories, indeed my latest large project was a new silicon detector array, SHARC, which is now coupled to the TIGRESS gamma ray array at the TRIUMF Laboratory in Canada.  I am currently involved in the commissioning of the EMMA recoil separator at TRIUMF which will provide new capability for our nuclear astrophysics research activity.

I have been fortunate to have spent sabbatical periods at the Argonne National Laboratory (USA), the Australian National University (Australia) and the TRIUMF Laboratory (Canada) where I have learned much from the experimental groups at these institutions. I have also been fortunate in recent years to work with colleagues in many other laboratories in Europe (Jyvaskyla, Munich, Orsay, Louvain-La-Neuve, GANIL, Strasbourg, ISOLDE) and overseas (Berkeley, MSU, Argonne National Laboratory, Notre Dame, Australian National University). Along the way I have enjoyed forays into other areas of science (e.g. Accelerator Mass Spectrometry and the search for neutrinoless double beta decay as a means of determining the mass of the neutrino).

I have published around 200 papers in refereed journals and over 200 conference contributions. I have presented over 50 invited plenary conference talks and supervised 20 PhD students.

I have been active in the development of nuclear physics on the international level through membership on the IUPAP (International Union of Pure and Applied Physics) Working Group on Nuclear Physics, having previously served on the OECD Global Science Forum working group on nuclear physics - bodies that work to chart the next stage in the evolution of our subject at international level.  In more specific roles, I have served as an international reviewer for the Australian Research Council and the National Science Foundation, USA, and served on the Programme Advisory Committee which allocates beam time on the RIKEN radioactive beam facility in Tokyo, Japan. In recent years I have served on Visiting Committees to report on the support for nuclear physics communities in the USA (DoE), Germany (DFG and Helmholtz Association) and Belgium (FOM). I also serve on the International Advisory Committee for a number of international conferences and have had editorial roles as a co-editor for EPJA, and on the editorial boards of JPhysG and Nuclear Physics News.

I am also active in the European nuclear physics scene, having recently served as the chair of NuPECC, an Expert Committee of the European Science Foundation which oversees the development of nuclear physics in Europe.  I have also served on the working group for nuclear physics set up by ESFRI (European Strategic Forum for Research Infrastructures). I was the convener for the working group which prepared the Nuclear Astrophysics section for the current Long Range Plan for Nuclear Physics in Europe, and served as the chair of the review committee for EuroGENESIS, one of the ESF EUROCORES programmes.  I have recently served as a member of the Governing Board of ECT*, the European Centre for Nuclear Theory, as a member of the Steering Committee of the EURISOL Design Study and on the Governing Board of the Hadron Physics I3 (both EU funded FP6 projects).

On the national scene, I have served on the STFC Science Committee (PPAN), advising on funding for Astronomy, Particle Physics and Nuclear Physics, served as a member of the EPSRC College and the EPSRC Physics Strategic Advisory Team, sat on the DTI review group on Nuclear Skills, served on the Editorial Board of JPhysG and on the Council of the Institute of Physics.  I am currently a non-core member of the STFC Science Board.

I enjoy teaching and over the last thirty years have been involved in lecturing, tutoring and demonstrating in laboratories, as well as in the administration of teaching and in the development of new courses. I have acted as an external examiner for Physics degree courses at other Universities, served on teaching quality and enhancement committees in various institutions and regularly act as an external examiner for PhD theses.

I also greatly enjoy presenting science to the public and have been involved with many activities of this sort (lectures, radio, TV, glossy booklets etc).  The most recent examples have been a number of evening talks to IoP branches, an appearance on a Science Magazine (The Naked Scientist) broadcast on BBC Radio, a talk at the York "Cafe Scientifique", a public lecture as part of the "Merchant Adventurers Science Lecture", talks to local astronomy groups, and a talk in the Pint of Science annual event.

Over the years I have supervised 20 PhD students in nuclear reaction studies and in nuclear astrophysics. 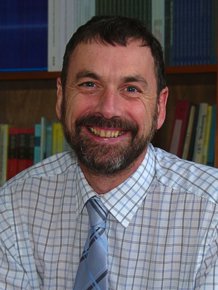