Visit Marco Lucamarini's profile on the York Research Database to:

Professor Lucamarini joined the University of York in 2020, coming from a senior position in Toshiba’s Cambridge Research Laboratory, where he conducted research into optical physics, quantum information and quantum key distribution (QKD), bringing the UK’s first quantum network into existence.

In 2018, he was instrumental in leading a breakthrough which marks the beginning of a quantum repeaters era. The novel scheme, termed 'Twin-Field QKD', can extend the range of QKD to well over 500 km when applied down standard optical fibre and beyond 100 dB in a lossy quantum channel. This makes quantum secure communications on fibre links between geographically dispersed cities possible for the first time.

Prior to that, he worked at a number of universities and institutions contributing to pioneering experiments such as the active quantum teleportation of a photon, the open-loop protection of a polarization qubit and two-way protocols for QKD.

Roles in the School of Physics, Engineering and Technology

Director of Research at the York Centre of Quantum Technologies (YCQT)

Highlights
Design and implementation of the first effective quantum repeater

Quantum Networks in Tokyo and Cambridge

I welcome enquiries and applications from those interested in quantum communications at any scale, small, medium and long, both in free space and in optical fibres, and in the generation and manipulation of single and entangled photons. Special emphasis will be given to projects related to twin-field and continuous-variable quantum key distribution. 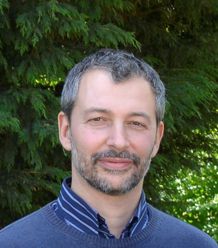