Our research group investigates a broad range of topics in theoretical condensed matter physics from spintronics to quantum criticality; currently, our focus is on Dirac materials displaying strong spin-orbital effects.

Our interests lie mostly in the fundamental aspects that distinguish Dirac fermions from conventional charge carriers. We aim to uncover the microscopic mechanisms underlying relativistic spin-orbit transport phenomena in Dirac systems, endowed with real spin and pseudo-sin spin degrees of freedom. To this end, we develop self-consistent diagrammatic techniques and a unique real-space Green’s function methodology scalable up to billions of atoms for the first time (Ferreira & Mucciolo, Phys. Rev. Lett. 115, 106601, 2015).

We collaborate with laboratories based in the UK and abroad in the modelling and designing of experiments. The Royal Society in London, and the EPSRC fund our research activities. 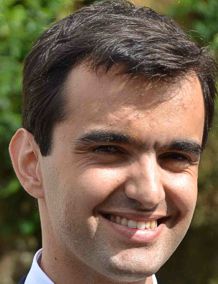