Visit Mohamed Babiker's profile on the York Research Database to:

Our main research activities are concerned with the study of the consequences of confinement which arises when restricting real space by the introduction of boundaries. Introducing boundaries generates dielectric cavities with walls made of materials with widely differing properties. In general, a cavity exhibits quantisation characteristics whenever the relevant de Broglie wavelength at a typical energy becomes comparable with the dimensions of the confining region. Not surprisingly, this field of research engages a wide range of topics from the fundamental to the applied. It involves disciplines which, at first sight, appear unrelated. Our activities concentrate on two areas: the physics of condensed matter (especially semiconductors) and quantum/atom optics. Broadly speaking, our research seeks to understand:

In the context of semiconductor heterostructures, quantum confinement modifies the properties of the charge carriers (conduction electrons and holes) as well as the phonons, the quanta of lattice vibrations. Such confinement effects are key in the realisation of quantum well lasers and other modern optoelectronic devices. An important area we are investigating seeks to characterise the polar optical (PO) phonons which, in most materials of interest, provide the intermediary via which hot carriers, so called when their energy is typically greater than a PO phonon energy, can spontaneously discharge energy and relax to lower energy states by the emission of optical phonons.

Current emphasis is on large band-gap heterostructure materials, especially GaN/AlN systems which are distinguished by a relatively large effective mass mismatch, large PO phonon energies, piezoacoustic effects, high intrinsic carrier densities and high electric fields, among other characteristics. One of our goals is to understand transport in such heterostructures.

The quanta of confined electromagnetic fields are confined photons which behave entirely differently from the usual photons in unbounded space in that they have restricted sets of wavelengths. One major consequence of this is that basic quantum processes, especially spontaneous emission and resonant dipole-dipole cooperative effects, can be drastically modified relative to free space. In fact, spontaneous emission can be completely suppressed. Our current research seeks to investigate spontaneous emission and cooperative phenomena specifically in microstructured dielectric cavities. This often requires the framework of dielectric cavity quantum electrodynamics with the added complication that dielectric media can be both temporally and spatially dispersive.

Another related area of research we are currently working on is 'atom optics'. In this new field of research, atomic motion is controlled by the action of laser fields. It has arisen as a natural progression of laser cooling and trapping in dilute atomic ensembles, culminating in the realisation of Bose-Einstein condensates. Here too, confinement effects are in evidence in a variety of physical situations, particularly atomic mirrors, atom guides and in Bose-Einstein condensation. Current work by the group seeks to study confinement effects in these areas of application of atom optics. 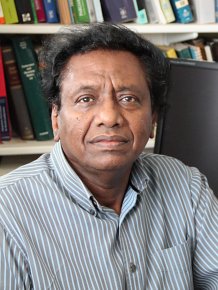