Visit Catherine Laws's profile on the York Research Database to:

Catherine Laws is a musicologist and a pianist specialising in contemporary music. She studied Music at the University of York, and her doctoral thesis, Music and Language in the Work of Samuel Beckett was awarded in 1996. Towards the end of her doctoral studies she took up the position of Lecturer in Music at De Montfort University, Leicester, subsequently moving to Dartington College of Arts in 1997. She stayed at Dartington for 10 years, working as Associate Director of Music from 2000 and also leading the College’s interdisciplinary MA in Performance Practices. In 2007 Catherine left full-time academia to focus more on performance, taking a part-time Fellowship in Artistic Research at the Orpheus Institute, Ghent. In 2010 she returned to the University of York as a lecturer, while also continuing as a Senior Artistic Research Fellow at the Orpheus Institute. She was promoted to Professor of Music in 2020.

Catherine has published widely on aspects of contemporary performance practices, especially in relation to processes of collaboration, embodiment, and identity. Voices, Bodies Practices: Performing Musical Subjectivities, co-authored with William Brooks, David Gorton, Nguyễn Thanh Thủy, Stefan Östersjö, Jeremy J. Wells, came out in 2019 (with a linked repository of artistic work), and the edited volume Performance, Subjectivity, and Experimentation was published in 2020. Catherine also works in the field of word and music studies, with a special focus on the role of music in the work of Samuel Beckett and composers’ responses to his texts. Her book ‘Headaches Among the Overtones’: Music in Beckett/ Beckett in Music (Editions Rodopi, 2013) was the first monograph on the topic of Beckett and music.

Catherine Laws is a musicologist and a pianist specialising in contemporary music. She has two primary research specialisms: research in and through performance and word and music studies (particularly the relationship between music, language, and meaning).

As a performer, Catherine is active in the field of new music and experimental music theatre. She is particularly interested in the inherent theatricality of musical performance and the interaction between body and instrument, but also in piano sound: touch, tone, and resonance. Her most recent project is a large-scale, solo music theatre piece, Player Piano, developed in collaboration with four composers, a theatre maker and a film maker. Other recent recordings include a film version of when the wind blows by Juliana Hodkinson (composed for Catherine), a new version of Annea Lockwood’s Ceci n’est un piano (for piano, recorded text and electronics), recordings of music for two or more pianos by Morton Feldman and John Cage (with Philip Thomas, John Tilbury, and Mark Knoop) on the label another timbre, and a recording of head down among the stems and bells (for amplified, prepared piano), by Martin Iddon (also for another timbre).

Catherine’s practice research is focused on processes of embodiment, subjectivity, and collaboration in contemporary performance. In addition to her current post at York, she is a Senior Artistic Research Fellow at the Orpheus Institute in Ghent, where she leads the research cluster Performance, Subjectivity, and Experimentation. The aim of this cluster is to examine how subjectivity is produced through performance practices associated with new music: who is the ‘I’ that performs, and how is that ‘I’ embodied in performance? In particular:

The cluster has produced a range of research outputs, including performances and compositions alongside written outputs. Two books have recently been published:

Performance, Subjectivity, and Experimentation (Leuven University Press, 2020): this book, edited by Catherine (and containing a chapter on her own work) has linked artistic outputs.

Catherine’s own research project in the cluster, entitled ‘Being a Player: Agency and Subjectivity in Player Piano’, explores the nature and extent of performer agency, particularly as manifested through the interaction of body and instrument in the space of performance. It uses the process of developing a new, collaboratively devised performance as a lens through which to scrutinise these matters: as part of the research, Catherine developed a 75-minute multimedia performance piece, Player Piano, incorporating pieces by 4 composers (one by Annea Lockwood, plus three new pieces, collaboratively-developed with Edward Jessen, Roger Marsh, and Paul Whitty), all for piano but, in very different ways, exploring and the scene of piano performance: the relationship between performer and instrument (and other sound-making objects), the interactions with the materials and space of performance, and the production of performer identity through these networks of interaction. Catherine developed an overarching scenography for the piece, incorporating theatrical action alongside (or drawn into) her piano playing; this was subsequently refined with the help of theatre maker Teresa Brayshaw and in relation to films by Wendy Kirkup. Player Piano was premiered in York in 2016 and has since been performed in the UK, Belgium and Sweden.

Catherine has recently developed a series of piano films with Korean film maker Minyung Im. Some of these are film versions of the compositions developed for Player Piano. In each case the aim was not simply to produce a film documenting performance of the piece, but rather consider the filmic context and reconceive the ‘setting’ accordingly.

Catherine’s research into the relationship between music and language is concerned with the ways in which composers and sound artists respond to the work of writers – whether by setting their texts to music or otherwise ‘translating’ aspects of their work into sonic practices – and vice versa: the ways in which twentieth- and twenty-first-century writers have taken music as a starting point for their work. Catherine’s research in this field focuses especially on the musicality of the work of Samuel Beckett and composers’ responses to his texts. She has published a range of articles on these topics, including studies of Beckett-inspired music by Morton Feldman, György Kurtág, John Tilbury, and others. Her book, ‘Headaches Among the Overtones’: Music in Beckett/ Beckett in Music (Editions Rodopi, 2013) was the first monograph on this topic. Her most recent research in this area includes study of Beckett’s radio work for the BBC in the late 1950s and the significance of his work for early British experiments with radiophonic sound.

Laws, Catherine, ‘This Is Not A...,’ in Redhead, L. and Glover, R. (eds.), Collaborative and Distributed Processes in Contemporary Music-Making, Newcastle upon Tyne: Cambridge Scholars Publishing, 2018, 167-84.

View all Catherine's publications at the York Research Database. 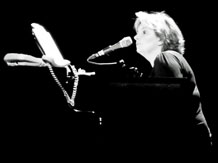