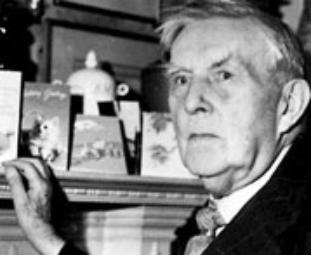 ‌The Morrell Centre for Toleration has a history which predates the University of York itself. John Bowes Morrell (pictured right), who was a key figure behind the idea for a university in York, first discussed the idea for an institute designed to “increase the philosophical and historical understanding an appreciation of toleration as an idea and practice”, in a meeting of the C. and J.B. Morrell trust established with his brother Cuthbert, in 1959. Twice Lord Mayor of York, J.B’s active civic life did not leave him time for individual pursuit of academic studies, but his life’s “crowning success” is considered to be completing the arrangements for the founding of the University of York at the end of his lifetime (A. Vernon. “Three Generations”, 1966.). A combination of factors including extensive travels in his youth, living through two world wars, and reflections on a portrait of an ancestor who had been imprisoned for his Quaker beliefs in the seventeenth century – which J.B had hanging in his study – are likely to have initiated a conviction that toleration is an idea which enhances the conditions of civilised existence. Following his death in 1963, it was his son W.B. and friend Edward Goodman, who had been present in earlier meetings, who set about to realise the vision of the Centre for Toleration.

The Morrell funding was initially located at the University of Sheffield where one of the first activities was the arrangement of an academic conference on the topic, which resulted on a series of papers being published in Government and Opposition, 1971. In 1980, the funding moved to the University of York. The primary purpose to which it was put was to fund a “Toleration Fellow” and, from the academic year of 1982/3, studentships for those taking a master’s course involving research of the idea. In addition, it inaugurated the annual W.B. & J.B. Morrell Memorial Address.

The Address is designed to encourage a significant contribution to thought on the subject and is delivered annually by “a person of the highest national or international eminence”, according to the direction of the trustees’ wishes. The first was given by Professor Sir Karl Popper and the high standard of addressees has been maintained since, with edited collections having been published in On Toleration and The Politics of Toleration respectively.

The appointment of Sue Mendus as Toleration Fellow, working together with John Horton, led to a proliferation of publications in the late 1980s, which included a number of the Morrell Papers emanating from an academic workshop series, and to the growth of both the MA and the Morrell Centre. The Morrell Conference, initially held annually and then biennially, resulted in publications across topics related to toleration.

In 2015, the Morrell Centre moved from the Department of Politics to the University as it looked to diversify its range of activities and in recognition of the interdisciplinary nature of issues of toleration.

Interest in the idea of Toleration has risen and expanded organically, producing a vast literature in the UK and abroad. The Morrell Centre Toleration must take a good deal of credit for its continuing prominence in theory and practice, to our society today.

History researched and written by William Harnden (MA in Political Philosophy (The Idea of Toleration) 2011-12).