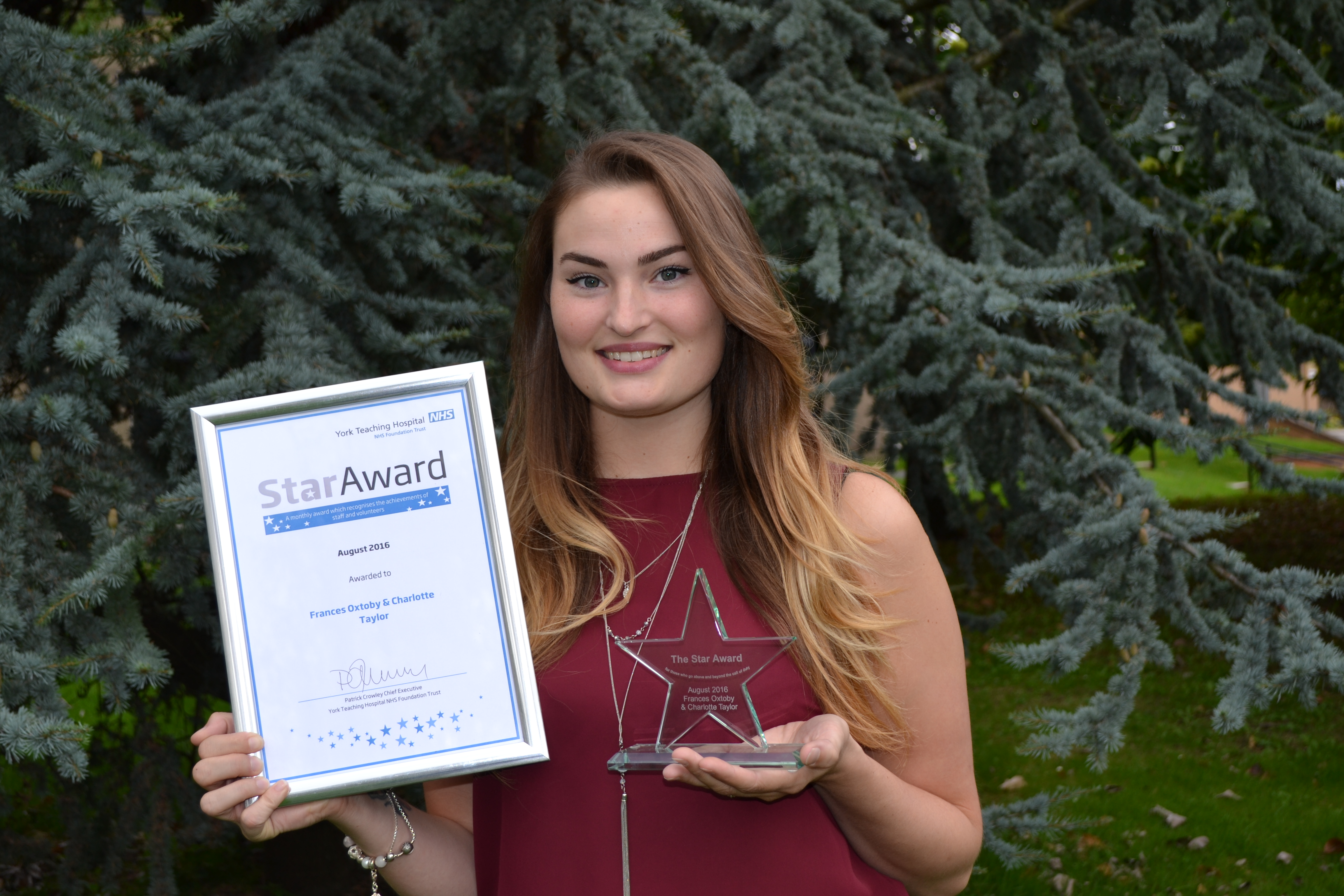 She was on her Professional Internship placement in the Emergency Department at York Hospital when she was nominated with colleague Frances Oxtoby for an award by the family of a patient who was dying.

The Star Award is York Teaching Hospital NHS Foundation Trust’s monthly staff recognition award. It recognises and rewards staff and volunteers who have made a difference by doing something extra in their everyday work for the sake of patients, visitors or colleagues. It is rare for a student to receive an award such as this.

The citation said: “It is clearly very traumatic to be with someone while they pass away, and especially when it is one you love. They treated us with great respect and dignity, as they also did our mum, allowing us to do our best to make her passing less frightening for her. Of course it could never have been a good experience, but they made what was one of the worst days of our lives more tolerable.

“They could have just done their job and tended to mum, leaving us out on a limb. Instead they coped with the situation and looked after us too. What impressed me most was the maturity and respect these two young women showed. Many would have found it easier to fade into the background. We can’t thank them enough.”

Charlotte, 26, who originally joined Health Sciences on our extended degree programme and was the first in her family to go to university, has made excellent progress and is now in the final year of an MNursing degree. She said: “I didn’t think I’d done more than I should have, but the family nominated me for the award and I was delighted to receive it with Frances.

“It was a really difficult day. When there is a death on the wards you sometimes expect it but in A&E we do everything to save a life, so when something like this happens it’s difficult. After that I had a newborn child to look after, so it was polar opposites. I felt privileged to be with the family at this time. It only takes one person, a look or a gesture, to make it a bad experience so I’m glad we were able to help in some way.”