Funding has been granted for a research project exploring literature from the early British industrial revolution. 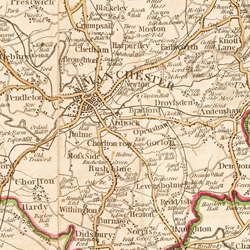 Professor Jon Mee has been awarded one of only eight Senior Research Fellowships granted by The British Academy this year. The fellowship will fund the completion of his research project ‘Literature, Bodies, and Machines: Networks of Improvement, 1780-1840 ‘. The project concerns the writing of the early period of the British ‘industrial revolution,’ usually ignored by literary historians, and develops the idea of the region around Manchester as part of 'a 'transpennine enlightenment’ that valued technological, scientific, and literary innovation, but increasingly divided over its unintended consequences.

Professor Mee said ‘I’m delighted to have the opportunity to devote myself to this project, which has benefitted greatly from discussions with MA students working on the “Literature, Medicine, and Metropolis” module at York over the past two years.’

In association with the Thank-Offering to Britain Fund and Leverhulme Trust, the Academy has granted a total of £400,000 to eight research projects from various disciplines and universities across the UK. The funding will allow established academics to take a temporary break from teaching in order to focus on completing existing projects.

The Senior Research Fellowships scheme has benefited more than 200 scholars in the last 30 years. Find out more about the scheme.