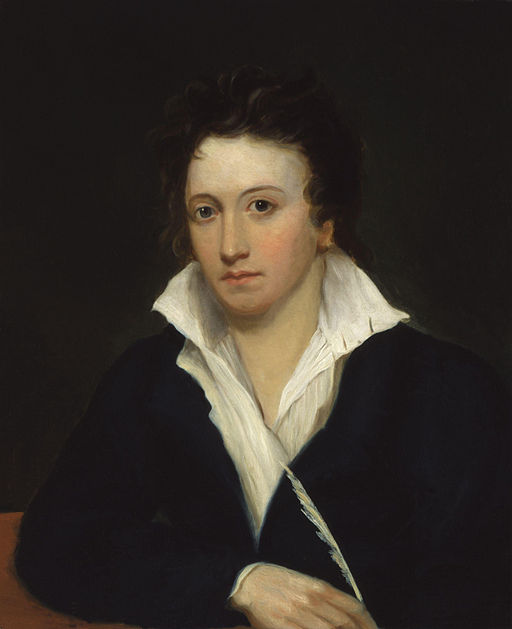 An example of interactions between engineering, literature and politics can be seen in the work of Percy Shelley. Shelley is remembered mainly as an idealistic, revolutionary son of a baronet; a vegetarian poet who liked to elope and then drowned age 29. On the face of it he seems an unlikely person to champion steam ships. However, Mary Shelley, one of the few recognised romantic period authors who engaged with modern technological experiments, attests to Shelley’s interests in engineering, writing: ‘Shelley reads Calderon, and talks about the steam-engine’. Around the time of the Peterloo massacre Shelley became obsessed by building a steamboat. It infected his thoughts, finances, letters, poetry and politics. It is an interest he shared with his friend the novelist Thomas Love Peacock, who would champion the first steam ships running between Britain and India. Shelley had gained knowledge of the steam engine from publications like Abraham Rees’s multi-volume Cyclopaedia and decided to ally himself to the young engineer Henry Reveley to build a steam powered boat. Steamboats were in fashion. It was new technology. Shelley saw the coexistence of poetry and machinery as a means to transform the ways people thought and lived. Mary Shelley wrote of Percy Shelley’s scheme:

[Shelley] set on foot the project of a steam-boat to ply between Marseilles and Leghorn, for their benefit, as far as pecuniary profit might accrue; at the same time, he took a fervent interest in the undertaking for its own sake. It was not puerile vanity, but a nobler feeling of honest pride, that made him enjoy the idea of being the first to introduce steam navigation into the Gulf of Lyons, and to glory in the consciousness of being in this manner useful to his fellow creatures.[1]

This paper examines the reasons why Shelley was interested in making a steamship, and the kind of engineering he was involved in. Specifically, I will argue that Shelley found ready links between the art of the poet and that of the engineer, and that he allied this to a desire to rapidly receive news, and to transmit radical political poetry quickly to a greater number of people.

Register in advance for this meeting:
https://york-ac-uk.zoom.us/meeting/register/tJYkdOmqrT8qGdAaR-HlUixegTW9HTPFaGNf