REF 2014 ranked University of York’s Department of Education in the top ten in the country for proportion of 4* world leading research. 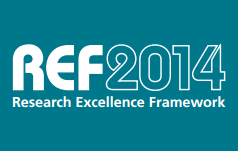 This confirms that our research publications are world leading and internationally excellent.

The Department’s research was ranked 13th in Education departments in the UK.

We were also rated highly for the impact our research has outside academia, such as its effects on the economy, public policy, civil society or culture.

Earlier in the year, the Department of Education was rated highly by students who completed the 2014 National Student Survey. Our single honours courses achieving an average of 99% overall satisfaction in the survey, which is of final year undergraduate students.