The University of York has been awarded £1.45m of government funding to continue its work to support foreign language teaching in schools. 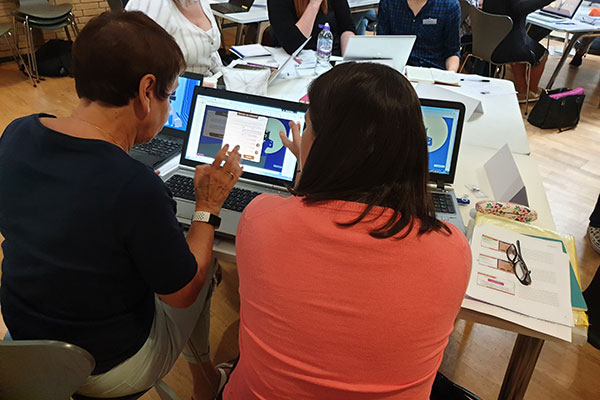 NCELP have run a series of successful training courses

The extension funding for the University’s National Centre for Excellence for Language Pedagogy (NCELP) will help the centre extend the reach of its work to promote pioneering teaching and encourage more pupils to study languages.

NCELP works to improve language curriculum design and teaching practices to increase uptake and improve exam performance. The University is currently coordinating the work of nine leading schools to boost the teaching of Spanish, French and German.

Since its launch in 2018 the centre has introduced several initiatives, including a series of successful training courses for teachers, and the launch of the NCELP Resource Portal - an open database of the Centre’s research-informed and classroom-ready resources for teaching phonics, vocabulary, grammar and their combination in French, Spanish and German.

Professor Emma Marsden, Director of the NCELP, said the funding from the government’s Department for Education (DfE), would help the centre respond to growing interest in their work from the wider school community.

“We are delighted to receive the extension funding from the DfE, which is evidence of a continued commitment to nurturing relations with other cultures and offering a broad education to all.

“The investment acknowledges the centre’s achievements to date, including researchers and expert teachers working together to draw on high quality, international research into language learning and teaching. Through this, the team has produced a complete scheme of work for year 7 in French, German and Spanish, as well as providing expert CPD to teachers in the NCELP Hub School network.”

The centre of excellence is currently responding to the coronavirus crisis by developing a suite of recorded lessons. These are accessible to thousands of pupils via the state-funded online school, Oak National Academy website.

NCELP - England’s first modern foreign languages centre of excellence - originally received funding as part of the government’s initiative to build a nation of confident linguists. It followed a survey of employers which found only a third of businesses rate the foreign language skills of school and college leavers entering the jobs market as satisfactory.