The Cabinet of Curiosities - Call for papers 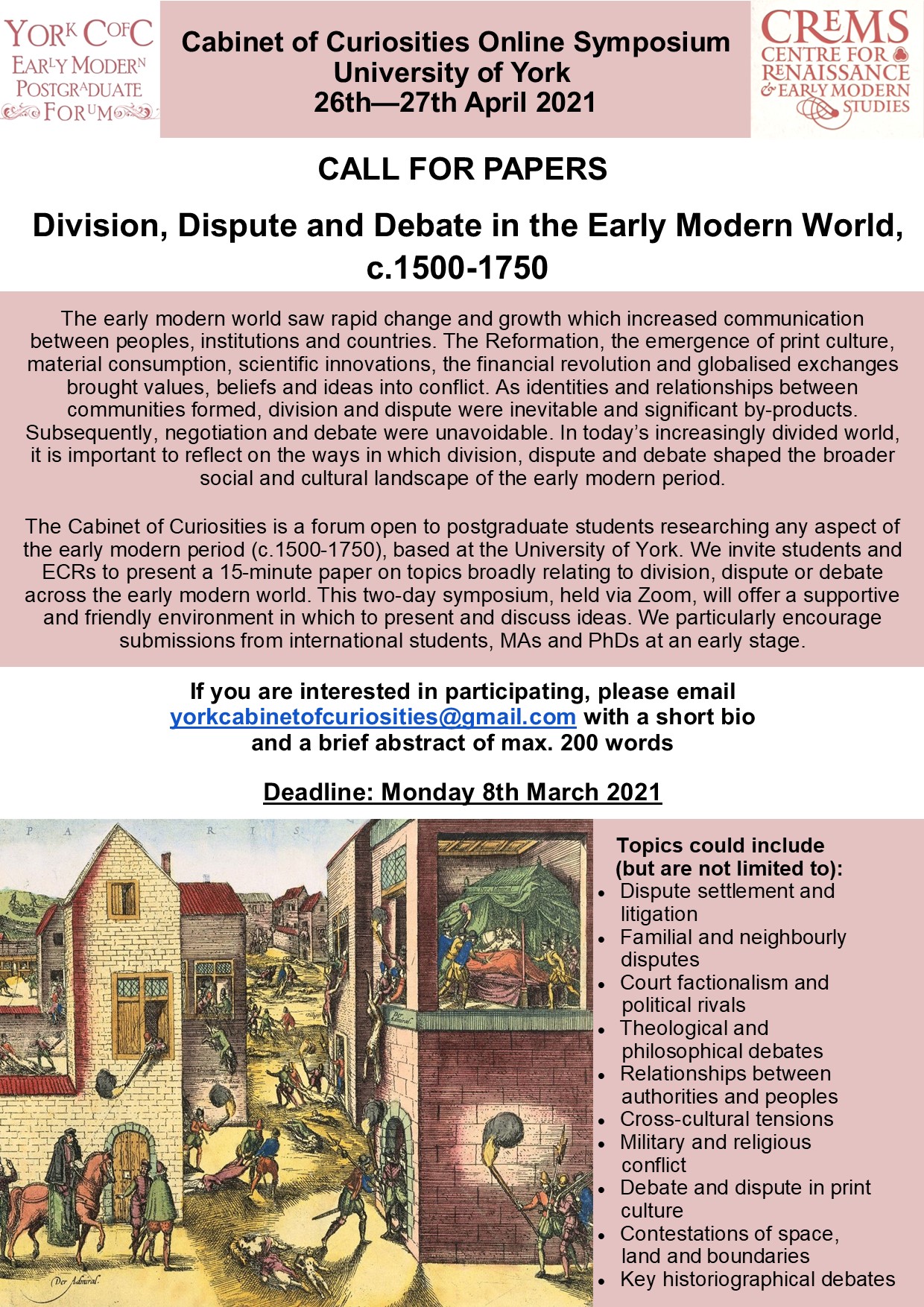 The Cabinet of Curiosities, the CREMS postgraduate forum, is delighted to launch the CfP for ‘Division, Dispute and Debate in the Early Modern World, 1500-1750’, a Zoom symposium to be held 26-27 April 2021.

The early modern world saw rapid change and growth which increased communication between peoples, institutions and countries. The Reformation, the emergence of print culture, material consumption, scientific innovations, the financial revolution and globalised exchanges brought values, beliefs and ideas into conflict. As identities and relationships between communities formed, division and dispute were inevitable and significant by-products. Subsequently, negotiation and debate were unavoidable. In today’s increasingly divided world, it is important to reflect on the ways in which division, dispute and debate shaped the broader social and cultural landscape of the early modern period.

The Cabinet of Curiosities is a forum open to postgraduate students researching any aspect of the early modern period (c.1500-1750) based at the University of York. We invite students and ECRs to present a 15-minute paper on topics broadly relating to division, dispute or debate across the early modern world. This two-day symposium, held via Zoom, will offer a supportive and friendly environment in which to present and discuss ideas. We particularly encourage submissions from international students, MAs and PhDs at an early stage.

If you are interested in participating, please email yorkcabinetofcuriosities@gmail.com with a short bio and a brief abstract of max. 200 words.