I am a humanitarian practitioner and researcher with an interest in transitional justice, humanitarian protection and human rights. My work is driven by a desire to put the needs of victims of conflict at the heart of efforts to address its legacies, and this has led to my engaging with victim-centred and bottom up approaches to addressing histories of violence. In particular I have explored participatory approaches to addressing the legacies of rights violations after conflict. The issue of persons disappeared and missing in armed conflict remains a focus of my work, and I have completed a PhD at the Post-war Reconstruction and Development Unit (PRDU) at the University of York in the UK, on the issue and critiquing current practice in transitional justice, and recently published a book on this work (Families of the Missing. A Test for Contemporary Approaches to Transitional Justice). I am also the founder of a blog on the issue of missing persons: www.missingblog.net

I am currently involved in three research projects at the CAHR:

- The ESRC funded Transformative Justice project represents an effort to understand the many agendas that both contributed to the revolutions in Egypt and Tunisia, and that seek transformation through them, challenging narrow understandings of 'transition' with the views of typical Egyptians and Tunisians.

- The NWO funded Transitional Justice Barometer in Tunisia aims to build a research capacity in Tunisia - through a research unit within Tunis-based partner KADEM - to provide prompt, relevant and high quality research that can support Tunisia’s transitional justice process

- The ESRC funded Missing Migrants project aims to address the many migrant bodies found on Europe's southern shores during the ongoing crisis in the Mediterranean, that are never identified and are who thus missing to their families. Data is being collected in Italy, Greece and from families of missing migrants to  develop policy recommendations for states and regional bodies.

I have consulted for a range of international agencies, including the International Committee of the Red Cross (ICRC), Save the Children UK, the International Centre for Transitional Justice, Avocats sans Frontières and the Institute for Security Studies, among others. I have also worked with the ICRC in Geneva as Advisor on missing persons and their families, and as a delegate in the field in Timor-Leste, Uganda and Nepal.

Robins, S. (2013) 'An empirical approach to post-conflict legitimacy: Victims’ needs and the everyday', Journal of Intervention and Statebuilding 7 (1).

Robins, S. (2012) 'Transitional justice as an elite discourse: Human rights practice between the global and the local in post-conflict Nepal', Critical Asian Studies, 44(1).

Robins, S. (2011) 'Addressing the needs of families of the Missing:  A test of contemporary approaches to transitional justice', PhD Thesis. York, UK: PRDU, University of York.

Robins, S. (2011) "To Live as Other Kenyans Do": A Study of the Reparative Demands of Kenyan Victims of Human Rights Violations, Nairobi: International Center for Transitional Justice.

Robins, S. (2011), 'Towards victim-centred transitional justice: Understanding the needs of families of the disappeared in postconflict Nepal', Int. Journal of Transitional Justice 5(1), March 2011.

Robins, S. (2010) 'Towards a victim-centred transitional justice: Understanding the needs of wives of the disappeared in Nepal', Conference paper presented at ISA 2010, New Orleans, 17-20 Feb. 2010.

Robins, S. (2010),'A participatory approach to ethnographic research with victims of gross human rights violations:  Studying families of the disappeared in post-conflict Nepal', in Ozerdem, A. and Bowd, R. (eds), Participatory Research Methodologies in Development and Post Disaster/Conflict Reconstruction, Ashgate, 2010.

Robins, S. (2009), 'Restorative approaches to criminal justice in Africa: The case of Uganda', in: The Theory and Practice of Criminal Justice in Africa, (African Human Security Inititaive) ISS Monograph series no. 161, June 2009. 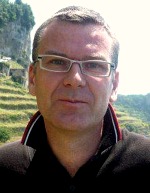