An international law scholar, Dr Ioana Cismas teaches, conducts research and provides legal and policy advice in public international law, human rights law, international humanitarian law, law and religion, and transitional justice. Ioana joined the York Law School and the Centre for Applied Human Rights as a senior lecturer in October 2017. In 2020, she was promoted to Reader. She is the joint programme leader of the LLM in International Human Rights Law and Practice.

Ioana’s research is applied, interdisciplinary, collaborative and geared towards impact generation. Her work has attracted substantial research grants from the UK Economic and Social Research Council (ESRC), the Swiss National Science Foundation, the Swiss Network of International Studies (SNIS), and several non-governmental organisations and charities. Currently, she leads the ESRC-funded research project Generating Respect for Humanitarian Norms: The Influence of Religious Leaders on Parties to Armed Conflict, which draws on the theoretical framework developed in Religious Actors and International Law (OUP 2014). She also co-coordinates the SNIS-funded project Noma, The Neglected Disease. An Interdisciplinary Exploration of Its Realities, Burden, and Framing.

Prior to joining York, Ioana lectured at Stirling Law School (2015-2017), was a scholar-in-residence at the Center for Human Rights and Global Justice at the New York University School of Law (2014), and a research fellow at the Geneva Academy of International Humanitarian Law and Human Rights (2009-2013). At the Geneva Academy, she set up and coordinated the Law Clinic on Transitional Justice.

Ioana consults for international, non - and governmental organizations. In 2013, she served as consultant to the UN Special Rapporteur on transitional justice at the Office of the High Commissioner for Human Rights in Geneva. From 2009-2012, she was legal advisor to a member of the Advisory Committee of the UN Human Rights Council and drafted several studies for the Committee on discrimination in the context of the right to food and noma.

Dr Ioana Cismas’ research interests span the broad discipline of public international law, the specialist branches of international human rights law and international humanitarian law, and related fields, such as law and religion and transitional justice. Ioana’s research seeks to theorize the status and roles of different types of state and non-state actors in international law and explores the intersections between legal accountability and legitimacy. Her projects employ doctrinal, socio-legal, interdisciplinary and empirical research methods.

Generating Respect for Humanitarian Norms: The Influence of Religious Leaders on Parties to Armed Conflict (2020-2022)

Funded by a large ESCR grant, this three-year project proposes a novel approach to generating norm-compliance in times of armed conflict. It examines the role that religious leaders (can) play in influencing state and non-state armed actors to internalise humanitarian norms with the ultimate aim of enhancing the protection of members of communities affected by war.

Researchers will conduct a mapping of the roles played by religious leaders in armed conflicts in Colombia Libya, Mali, Myanmar and undertake extensive periods of fieldwork. In addition to scholarly outputs, the research findings will be used to craft Guidelines for the Effective Humanitarian Engagement with Religious Leaders, which should assist humanitarian organisations to engage with religious actors on the ground. The perspectives of religious leaders on the role they can play to 'humanise' war, and those of members of affected communities, will be portrayed to wider audiences through digital stories (short recordings with audio, video, photographic and textual material).

Noma, The Neglected Disease. An Interdisciplinary Exploration of Its Realities, Burden, and Framing (2019-2021)

Noma (cancrum oris) is a gangrenous disease that predominantly affects young children living in conditions of extreme poverty. Noma starts in the mouth, spreading rapidly and destroying skin, muscles and bones. While the disease is preventable and inexpensive to treat if identified early on, the majority of children likely do not receive medical attention or receive it too late to save their faces and often their lives. Estimated at 90%, noma has one of the highest mortality rates. Child and adult survivors suffer significant aesthetic and functional after-effects and are reported to go through intense social isolation, stigmatisation and discrimination.

Funded by the Swiss Network for International Studies and benefitting of generous financial and/or collaborative support from several governmental, inter- and non-governmental bodies, this interdisciplinary project is co-ordinated by Professor Emmanuel Kabengele (Geneva) and co-coordinated by Dr Ioana Cismas (York) and Dr Thomas Fürst (Basel). The research seeks to establish noma’s epidemiology and global burden, to portray the experiences of child and adult noma survivors, and to evaluate the implications of the framing of noma as a human rights issue and neglected tropical disease (NTD). Alice Trotter (PhD student at York Law School) and Dr Cismas lead the research package 3 on noma’s framing as a human rights violation and NTD. The project’s findings will be disseminated through scholarly articles, policy papers and the preparation of an advocacy dossier for the inclusion of noma in the World Health Organisation NTD list.

Ioana is happy to consider supervision of PhD dissertations in the following areas:

'Whose Right and Who's Right? The US Supreme Court v. The European Court of Human Rights on Corporate Exercise of Religion', 34Boston University International Law Journal 1 (2016), 2 – 44 (with Stacy Cammarano).

'Introductory Note to the UN Committee on the Rights of the Child Concluding Observations on the Second Periodic Report of the Holy See', 53 International Legal Materials 3 (2014), 580 – 596.

'The Integration of Human Rights in Bilateral and Plurilateral Free Trade Agreements: Arguments for a Coherent Relationship with Reference to the Swiss Context', 21 Currents: International Trade Law Journal 2 (2013), 3 – 20.

'The Impact of UN Special Procedures on the Development and Implementation of Economic, Social and Cultural Rights', 15 International Journal of Human Rights 2 (2011), 299 – 318 (with Christophe Golay and Claire Mahon).

Amicus Brief – Human Rights and Climate Change. Submission in Support of Petitioners, Petition Requesting an Investigation of the Responsibility of the Carbon Majors for Human Rights Violations or Threats of Violations Resulting from the Impacts of Climate Change, Commission on Human Rights of the Philippines Case No.: CHR-NI-2016-0001 (Global Alliance of National Human Rights Institutions, 2017), 26pp (with Annalisa Savaresi and Jacques Hartmann).

Concept Note in Support of the Inclusion of Noma (Cancrum Oris) on the World Health Organization List of Neglected Tropical Diseases (Commissioned by the Government of Namibia, 2016), 6 pp. (with Marie-Solène Adamou Moussa-Pham).

The Intersection of Economic, Social and Cultural Rights and Civil and Political Rights: Lessons from Other Jurisdictions and Opportunities for the Swiss Context (Geneva Academy of International Humanitarian Law and Human Rights, 2012), 37 pp.

The Better Integration of Human Rights in the Negotiations of Bilateral Free Trade Agreements of Switzerland (Geneva Academy of International Humanitarian Law and Human Rights, 2011), 31 pp. (with Christophe Golay). 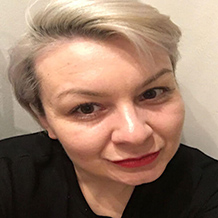 For an appointment please email Ioana.cismas@york.ac.uk