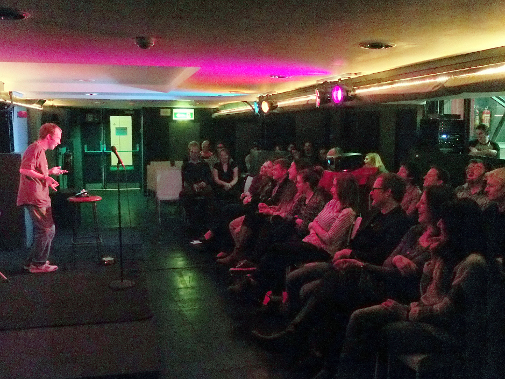 Very enthusiastic feedback was received from those who attended two C2D2-sponsored evenings of films on Thursday 19th March 2015 and a week later on Thursday 26th March at York City Screen.

Two recently retired teachers in the audience said how much the short film created with C2D2 funding, ‘Jane’s Story’ accorded with their experiences of chronic health problems amongst pupils. The other C2D2-sponsored film ‘Transmission’ was described as engaging, emotionally moving and aesthetically powerful by several other viewers. The audience also appreciated the introductions which put the films in context and asked probing and insightful questions in the subsequent Q&As.

Audience feedback on the main feature, the documentary ‘Tender’ about an Australian town community setting up a not-for-profit funeral business, was also very enthusiastic. Many described how they felt motivated and inspired by the bravery and uplifting spirit shown by protagonists in the documentary and the important and thought-provoking questions raised to now ask their parents about their wishes around end-of-life and funeral, burial and commemoration preferences.

The 'Cutting-Edge Comedy and Stand-up Research' evening on Friday 27th March was also very well received. Award-winning comedian Lee Ridley aka 'Lost Voice Guy', who has cerebral palsy and delivers his stand-up through a voice synthesiser, gave a highly engaging performance that was both funny and revealing about the challenges and misperceptions which disabled people daily have to face. Four excellent and entertaining short talks were given by scientists who had received C2D2 funding ranging from the richness of fossilised plaque as a source of information about past health and bacterial evolution to how ketamine abuse harms the bladder. There was a final performance by the student theatre company Platform of a sketch involving the 'grim reaper' and his new 'death' app that had the audience in fits of laughter.

Following the success of these evenings, C2D2 hopes very much to work with City Screen York again as well as to seeks out wider audiences for the films.