Dr Fabiola Martin, a Senior Lecturer in HIV Medicine at the Centre for Immunology and Infection at the Hull York Medical School and the University of York and a recipient of C2D2 funding, has been accepted by RDUK as a new member of its Management Committee. 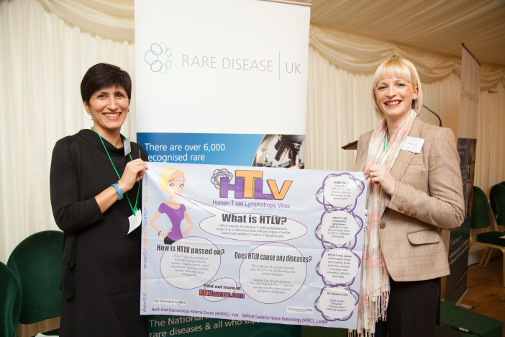 RDUK recognizes the fact that patients with infectious disease face a number of different issues to those affected by rare genetic conditions including fear of stigmatization and potential ostracisation of themselves and their families in their communities. Dr Martin specialises in the rare infectious disease HTLV and wishes to support the implementation of rare disease strategy also for people who are affected by rare infectious, especially chronic diseases such as HTLV, leprosy and leishmaniasis. Lack of funding into medical education, drug development and prevention strategies are all too commonly observed in conditions that are rare, but even more so if there is a stigma associated with disease. Patients with infectious disease are often blamed for carrying an infection especially if the infection is sexually acquired. Patients may find it difficult to voice their concerns publically.

In support of her membership of RDUK member Dr Martin is planning a nationwide patient survey exploring the patients’ experience of living with a rare infection and to facilitate James Lind Alliance priority setting partnerships for different rare infectious diseases in the UK with the aim to define top 10 treatment uncertainties.

Dr Martin has been involved in a number of C2D2 funded schemes including as PI on the successful project 'From York to Malawi and back: The first UK based sero-prevalence study of Human T lymphotropic virus 1/2 in paired mothers and children living in Malawi' which has contributed to the map of HTLV distribution in Africa. She has also co-organised an awareness event in York Hospital to mark Rare Disease Day 2014.

Rare disease UK (RDUK) is the national alliance for people with rare diseases and all who support them. In June 2009, the UK adopted the Council of the European Union’s Recommendation on an action in the field of rare diseases, which recommends that member states establish and implement plans or strategies for rare diseases. RDUK has been working to ensure that the UK develops an effective strategy and launched a landmark report ‘Improving Lives, Optimising Resources: A Vision for the UK Rare Disease Strategy’.

To achieve the UK-wide vision for rare diseases, the UK Strategy for Rare Diseases has been launched by the Department of Health in England, making 51 recommendations, which all four countries of the UK have committed themselves to (https://www.gov.uk/government/publications/rare-diseases-strategy).