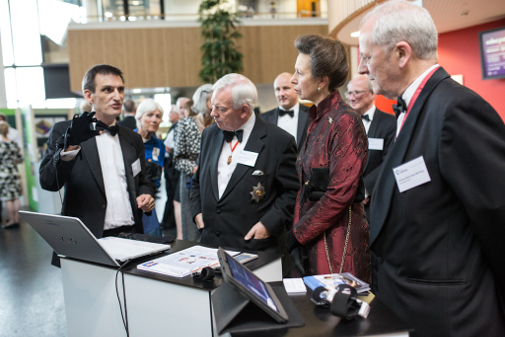 The exhibition, which was this year themed Engineering: Design for Living, was held on 27th June as part of the University's 50th anniversary and was attended by Her Royal Highness the Princess Royal. The exhibition showcased the many hidden and surprising ways that engineering influences and underpins key research including in the area of medicine.