Visit Dr Zoe Irving's profile on the York Research Database to see a full list of publications and browse her research related activities.

I have previously worked as a researcher at the Centre for Research in Social Policy, Loughborough University and lectured at Leeds Metropolitan (now Beckett) University (1994 to 2001), and the University of Sheffield (2002 to 2014). I have also been a visiting lecturer at the University of Malta. I have published on the subjects of social policy pedagogy; gender and employment; small island states, the effects of economic crisis on welfare states and the impact of austerity.

My early research explored the relationship between social policy and the gendered dimensions of non-standard work, including comparative study of women’s self-employment and male part-time employment. My current interests are located around the question of size within welfare state analysis and the ways in which approaches from political economy, sociology and anthropology can inform a better understanding of differences in social policy development in small and large states. I have a particular interest in Iceland and in the social policy of small island states more generally.

With Kevin Farnsworth, I am also engaged in research which problematises social policy responses to the global economic and political crises experienced since 2007 including impact of austerity on welfare state change.

My research in the learning and teaching of social policy leads to an approach combining thematic understanding of core concerns such as social divisions and redistribution, with a focus on the analysis of particular social problems and their solutions, within the UK and beyond. In this way students are able to stretch their existing knowledge of recognisable topics to help make sense of theoretical perspectives and to develop independent thinking. My approach is also informed by the view that students read for a degree but that this is an active process, and that social policy study is enriched through an understanding of the contributions drawn from other social science disciplines. 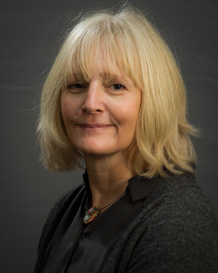