Visit Sharon Grace's profile on the York Research Database to see a full list of publications and browse her research related activities.

It was while studying for my first degree in Social Policy at Manchester that I first developed an interest in criminology - an interest which has subsequently dictated my whole career. My Masters degree, was not, as the title might suggest, in Economics but in Applied Social Research. My dissertation looked at the ways in which the media represent women who kill.

I joined the Home Office Research and Planning Unit in 1989 and over the following ten years conducted and managed research in a number of areas: women and the criminal justice system, child witnesses, rape, domestic violence, legal controls of obscene materials, and policing and prosecution. I also spent a fascinating year at the Crown Prosecution Service managing their research programme. This year sparked an interest in the relationship between the police and the CPS in the prosecution process which has usefully fed into my teaching at York.

Having moved to York in 1999, I worked freelance for the Home Office for five years (while bringing up my two children) mainly as an editor and proof reader and undertaking small research projects. In 2003 I was invited by Hull University to do some guest lecturing. A similar collaboration with York then followed - finally resulting in my coming to teach on the crime pathway in the Applied Social Science degree in 2005. In 2012, we also launched a BA in Criminology which is a combined degree taught by Social Policy and Sociology. Ten very busy years of curriculum development followed.

In 2014, I was able to transfer to a research active role. Since then I have been conducting research predominantly in the field of women, criminal justice and drug use. I was involved in an evaluation of pilot Drug Recovery Wings in two women prisons in the UK examining the effectiveness of this approach to aiding women to recover from their drug use the results of which were published in an article for Criminology and Criminal Justice. I then conducted a review of what works for drug using women offenders which was published in the Journal of Substance Use. 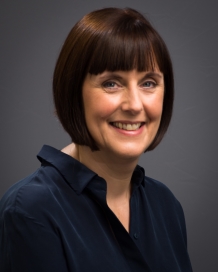