With a BA in Economics, 3 years working experience in a state-owned enterprise, and an MA in Chinese Politics, I became a Lecturer (later Senior Lecturer) in the Department of Public Management in the China Academy of Governance (Beijing). Sponsored by the British Council, I came to study an MA in Public Policy and Public Administration in the Department of Politics at York. Later, I continued my PhD study in York, during which time I also worked for Halifax College and the Journal of Policy Studies. I then worked at the University of Derby, where I helped to establish a series of partnerships. After successfully establishing links with overseas partner universities for York, from October 2010, I joined in Department of Social Policy and Social Work as a Teaching Fellow in comparative social policy. My research interests include Chinese and British public policy, governance, and comparative social policy.

Tang J, Chai H and Wang J (2012), ‘Analysis on the Emergence of Homeowners’ Self-governance Mechanism and its Sustainability: A Case Study on Residential Community in Shenzhen’. Forthcoming. 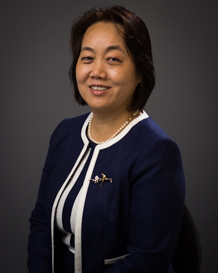