Dr Lewis Ramsden is currently a lecturer in actuarial science and joined the University of York in August 2019. Prior to taking up his position at York, he was a lecturer in actuarial mathematics at the University of Liverpool in London, where he taught two postgraduate level modules in ‘risk theory’ and ‘life contingencies’, which was followed by a position of the same title in the University of Hertfordshire. During his time in Hertfordshire, he led two statistics based modules, namely ‘linear modelling’ and ‘multivariate statistics’ and supervised a number of final year students in financial mathematics projects.

Lewis obtained his maths degree in Mathematics from the University of Liverpool, where he continued his studies to complete his Doctorate of Actuarial Mathematics in the area of risk and ruin theory. During his time as a PhD student he presented his research at a number of international conferences, was an invited speaker at a probability symposium in Kyoto, Japan, and was trusted with a number of teaching responsibilities alongside his own research. His main areas of teaching include risk theory, actuarial modelling and discrete and continuous time Markov chains.

Lewis’s current research interests are in the area of quantitative risk theory with particular emphasis on the event of ruin/insolvency. More specifically, he focuses on modelling the surplus process of a non-life insurance firm using discrete and/or continuous time stochastic processes and models the effects that well known capital management techniques (such as investment, debit borrowing and capital injections) have on the evolution of the company’s cash flow. In many cases, it is desirable to obtain a number of risk quantities associated with the surplus process, for example the probability of ruin (insolvency), the time to ruin and the deficit at ruin, among others, all of which can be determined using a combination of complex mathematical tools including Laplace transforms, advanced calculus and probability theory.

This particular area of actuarial research is theoretical and mathematically intensive. However, it provides a good insight into the dynamics of insurance mathematics and uses a number of tools that are used on a day to day basis in the actuarial industry. His most recent work models the natural concept of a time delay between a company’s request for a capital injection (following a fall into deficit) and the receipt of the capital, based on the administration time and processing of the funds which are dependent on the size of the requested capital injection. Consequently, he was able to determine how this changes the risk exposure of the company compared to the previously considered models where capital injections are assumed to be received instantaneously. 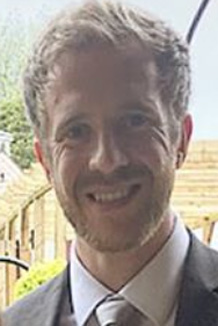