Jonathan Bradshaw is Emeritus Professor of Social Policy at the University of York. He joined the University in 1967 and was the founding Director of the Social Policy Research Unit from 1973 to 1987. He served two terms as Head of Department from 1988-1994 and 2003-2007. He also served as Director of the Institute for Research in the Social Sciences from 1994-1998. He was president of the Foundation for International studies in Social Security from 1999-2003. He was appointed Academician of the Learned Societies for the Social Sciences in 1996, Commander of the British Empire (CBE) in 2005 for services to child poverty and Fellow of the British Academy in 2010. In 2011 he was made Doctor of the University of Turku, Finland (honoris causa) and of the University of Bath (honoris causa) in 2015. He is a member of the Child Poverty Action Group (CPAG) Social Policy Committee.

He is still engaged in research and writing. He is the UK co-ordinator of the European Social Policy Network and co PI on the Children's Worlds project. 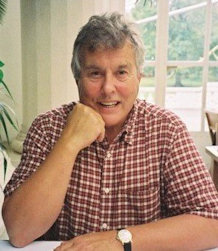 School for Business and Society