I graduated from the University of York in 1974 with a BA Social Sciences (Politics) degree and then studied for a BPhil in Sociology, my PhD was awarded by the University of Ulster. I worked at the Ulster Polytechnic and University of Ulster for 15 years, including a year-long secondment to the Northern Ireland Civil Service at Stormont, returning to York in 1991 to be Assistant Director of the Social Policy Research Unit where I had responsibility for the social security programme. In 1995 I moved to the teaching section of the school and became Professor of Social Policy and Head of Social Policy. My work was mostly in the field of comparative social security and family policy – though my heart was in the history of social policy.

In 2002 I moved to Northumbria University as Pro Vice-Chancellor (Research) and was subsequently Deputy Vice-Chancellor (Research & Consultancy). Since 2006 I have worked on an independent basis that has included a year as interim Head of Social Science at the University of Aberdeen and Director of Higher Education at Askham Bryan College. Between 2009 and 2018 I had my own consultancy, continued to be active in areas of social policy and held a number of public appointments: I was Chair of the NHS North Yorkshire and York Community and Mental Health Services Board, an Independent Member of the Agricultural Wages Board for England & Wales and a member of the Social Security Advisory Committee where I had special responsibility for its research program. I advised the European Commission on various matters and was Senior Expert to MISSOC (the EU’s Mutual Information System on Social Protection).

Between 2012 and 2019 I was a member of the University of York’s Alumni Funds Disbursement Group. Drawing on these experiences I have contributed to postgraduate courses in the Department and most recently had over-sight of a professional development program, hosted by the Department, for senior Vietnamese public sector officials.

I am now (actively) retired and enjoy fly-fishing (West of Ireland and North Yorkshire), listening to music and reading. 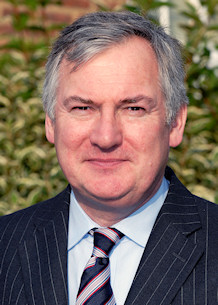