I joined the School for Business and Society in 2022, having previously worked as a Visiting Lecturer at University of York, Leeds Conservatoire and York St John University. Most of my work is interdisciplinary in nature, with a strong focus on the intersection between performing arts work, creative practice and organisation studies. I’m particularly interested in the ways in which organisational thinking can be used to enhance creative collaborations, the organisational aspects of cross-cultural music projects, and the use of sound design to enhance communication between and within organisations.

I combine academic and teaching work with a busy career as a composer, singer and instrumentalist. As a composer, I’ve had works performed at a wide range of venues in the UK, Italy, Norway, the US and Canada, including Huddersfield Contemporary Music Festival, King’s Place, Wigmore Hall, York Theatre Royal, Hepworth Wakefield, Sage Gateshead, York NCEM, St Paul’s Cathedral, York Minster, Greenbelt Festival, the Banff Centre, Canada, Union Chapel, and Cappella del Barolo, La Morra, Italy. I was Composer-in-Residence at the Banff Centre, Canada, March 2015, and participated in the inaugural Banff World Music Residency in Eastern Traditions. I was the first Composer-in-Residence at the Mahler/LeWitt Studios in Spoleto, Italy, August-September 2016, supported by the Anna Mahler Association. My music has been released on
the Regent and Ceretto labels, and is available on Soundcloud (https://soundcloud.com/jamescave-1). Projects I’ve been involved in have featured on BBC Radio 3’s Hear and Now, BBC Radio 4 and BBC London’s In Spirit programme, BBC1 Look North and BBC Radio Leeds.

Awards and funding include ‘Best Use of Sound’ at the International Community of Auditory Display (2017) and the Terry Holmes Award and Sir Jack Lyons Celebration Awards for Composition, ‘Best Use of Sound’ and the ‘Such Music - Ten Times Sweeter!’ Award from Laurence Sterne Trust. I’ve been the recipient of project funding support from Arts Council England, HCMF, AHRC, Anna Mahler Association, Santander Global Connections Fund, and YuFund.

As a singer, I am a permanent member of York Minster Choir and member of the Gavin Bryars Ensemble, as well as an Artistic Associate of the cross-cultural arts organisation Manasamitra.

I hold a PhD in Music Composition from the University of York (AHRC-funded), as well as an MA in Contemporary Studies(Music) from York, and an MA and MPhil in English from Cambridge University.

I also have substantial experience in the public and voluntary sectors as project coordinator, policy advisor and researcher, having worked with a range of organisations including Age UK and two Inner London boroughs.

My PhD research focused on the relationship between archival and compositional practices, examining the ways in which historical materials and processes can be used as a creative resource. It combined a creative portfolio with extended readings of theorists including Derrida, Ricoeur, Benjamin and Bauman.

Much of my work is interdisciplinary and public-engagement focused, combining peer-reviewed publications with performances, recordings and public engagement activities. Some recent projects and areas of interest include:

As an interdisciplinary researcher my outputs combine peer-reviewed publications with performances, recordings and public engagement activities. Some recent highlights include:

Cave, J. and Eyes, B. (2021). The Voyages of Harald Hardrarda (2021). Soundtrack (music and sound design) for a short animated film. Premiered in the War Cinema at Royal Armouries, Leeds, September 25th 2021 With support from University of Edinburgh.

Cave, J. The Desert Hills Fan Out Like Playing Cards (2021). Portable sound-installation for piano and field recordings. Commissioned for the Edicola Exhibition, Spoleto, Italy by Jo Melvin/University of the Arts London

Cave, J. Returns (2015-2022). An opera in one act, based on the play by Joshua Casteel. For six singers and ensemble. In development - dir. Rosalind Parker, music director Jon Brigg, designer Anthony Lamble.

I also previously taught MA Research Methods for TYMS, and have lectured on a wide range of topics at other institutions ranging from research methodology to Indian music, extended vocal techniques, creative collaboration and hauntology. I have extensive experience of supervising student work from
first year to MA level.

I would be interested in applications from prospective PhD students relating to topics involving any aspect of performing arts practice, creative practice, sound design/sound technology, visual and/or sonic information display, and critical theory. 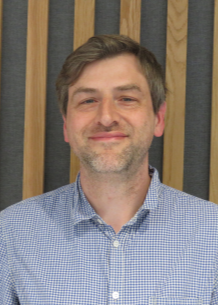