This week we’ve added more Retreat and Clifton Hospital patient details, expanded our Southern African archives on Borthcat and begun reconfiguring the searchroom ready for our reopening on the 14th September.

In the last two updates we’ve highlighted the valuable addition of patient information to our online catalogue, in the shape of the Retreat Letters Project and patient indexes for Clifton Hospital.  In addition to the information already available, this week we have added details of patient correspondence for January and February 1803 for The Retreat and biographical details from Clifton Hospital admission forms for female patients admitted in 1854-1855, and 1856.

If you’re a regular user of our online catalogue Borthcat you may also have noticed a growth in the number of archives listed relating to Southern Africa, a particular collection strength here at the Borthwick, thanks in large part to the work of the Centre for Southern African Studies at the university from the 1960s.  Recent additions include the papers of Mrs G. M. Coleman who played a leading role in the Bulawayo Little Theatre, the Alpha African Evening School and the Inter-racial Society of Bulawayo in Zimbabwe in the 1940s and 1950s, and the Records of the Catholic Commission for Justice and Peace in Rhodesia who reported on atrocities committed by the Rhodesian security services in the 1970s.  Other new additions chart the struggle for racial justice amongst the industrial unions in South Africa, including Records of the Food and Canning Workers’ Union and a typescript account of the development and work of the textile workers’ unions there.

Finally if you plan on visiting us after the 14th September you may notice some changes in the searchroom and searchroom reception.  We’ve recently had large perspex screens installed in front of the reception desk for the safety of both staff and visitors and moved the tables to create a more open space for visitors to sign in, put away coats and bags and consult searchroom staff.  The searchroom itself will look much the same in layout but visitors will each be allocated their own table to enable us to maintain a safe social distance.  More details will be coming soon - we’re looking forward to welcoming you back! 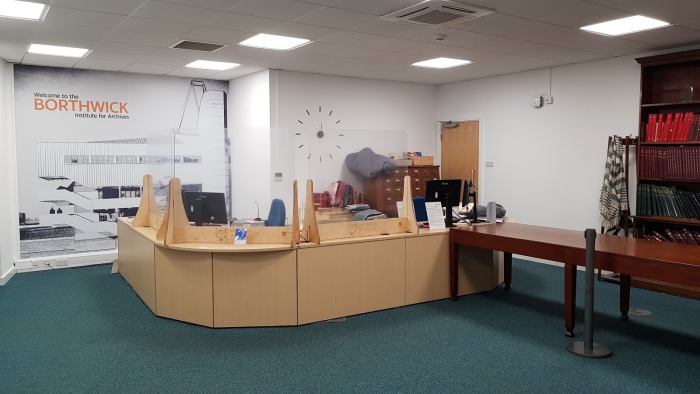