I am a behavioural ecologist studying the organisation of animal social groups. After working as a post-doc at the University of Bristol, I decided that an Independent Research Fellowship was the best route into a permanent academic job, and a good opportunity to choose where I wanted to work.

I was interested in collaborating with the interdisciplinary York Centre for Complex Systems Analysis, and had identified York’s Department of Biology as a strong department which was a good fit for my work: plenty of potential collaborators, but also space for me to develop my own niche.

I visited York several times prior to submitting my application; these visits helped me work out how my ideas would fit in with other work that was going on, and I was able to receive feedback on my applications. I applied both to NERC (Early Career scheme) and the Royal Society (Dorothy Hodgkin Fellowship) and as it turned out, both applications were successful. I decided to take up the Royal Society Dorothy Hodgkin Fellowship because it had a longer duration and I felt it was more likely to lead to a permanent position.

Shortly after taking up the fellowship at York, a lectureship became available. As an Independent Research Fellow, I was guaranteed to be shortlisted for the lectureship, so I thought it would be a great opportunity to get some interview practice, helping me towards my eventual goal of securing a permanent position. To my surprise, I was appointed to the lectureship. The appointment was proleptic, meaning that it was deferred until completion of my fellowship. Having this permanent position in place made it easier for me to apply for grants extending beyond my fellowship and allowed me to make long-term research plans.

My fellowship was extended, because I took maternity leave and then returned to work part time, but the Department of Biology were very supportive of my need for flexibility and allowed me to focus on my research during my Fellowship. After my Fellowship finished I became a lecturer, but my teaching load was increased gradually over three years, smoothing the transition. I have now been promoted to Senior Lecturer and continue to find the Department of Biology at York a great place to work and collaborate. 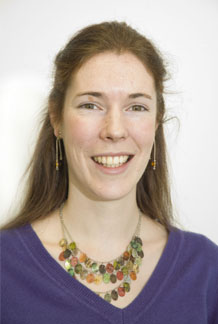 Read our case studies to find out more about Research Fellowships.