Molecular Genetics of the antibiotic-producing bacteria Streptomyces and their bacteriophages.

Bacteria in the genus Streptomyces are prolific producers of antibiotics, anti-cancer agents, immune-suppressants, and other bioactive natural products. The aim of Maggie Smith’s research is to investigate and exploit genetic processes in Streptomyces and their close relatives to facilitate novel drug development.

A major theme in Maggie’s lab is to study the genetics of host-phage interactions. A new family of phage-encoded integrases, the serine integrases were first characterised in Maggie’s group. Integrases are natures DNA cut and paste tool and can be used to integrate and excise DNA from chromosomes. This is a useful tool for genetic engineering and has been deployed in bacteria, fungi, animals and plants.  In Streptomyces sp. vectors based on serine integrases are widely used to transfer genes for antibiotic biosynthesis between strains. Maggie’s lab have studied many different serine integrases and are now using them to create stable vectors for the cloning and design of new antibiotics analogues based on erythromycin.

In other work mutants of Streptomyces were isolated that are resistant to some phages and, surprisingly, hypersensitive to certain antibiotics including two of the last resort antibiotics the carbapenems and vancomycin. These mutants are defective in protein glycosylation. This discovery is being studied further to try to understand the underlying processes that lead to antibiotic hypersensitivity. The goal is to translate this research to pathogenic bacteria to see if we can identify new targets for co-drugs that can be used in conjunction with existing antibiotics to make them more effective. 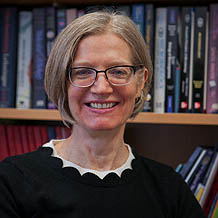 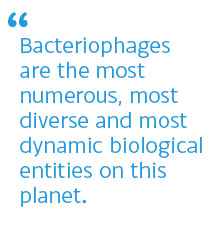