Our research interests are focused on understanding the pathogenesis of neurodevelopmental disorders including autism spectrum disorders and Rett syndrome. These investigations also have broad implications for other neurological disorders and providing insights into the fundamental neurobiology.

Rett syndrome is a devastating autism spectrum disorder caused by mutations in the X-linked gene encoding methyl-CpG-binding protein 2 (MeCP2). Research in the lab aims to identify the molecular, cellular and neural network alterations that lead to behavioural manifestations in these disorders. Our research discovered that the most common missense mutation in RTT leads to RTT-like phenotypes by preventing MeCP2 from binding to methylated DNA and a concomitant reduction in MeCP2 protein stability (Goffin et al, Nature Neuroscience 2012). We also demonstrated that mouse models of Rett syndrome exhibit age-dependent deficits in neural network responses to auditory stimuli (Goffin et al, Nature Neuroscience 2012). We went on to dissect the cellular origins for these alterations by deleting MeCP2 from different neuronal populations and studying the corresponding changes in brain function (Goffin et al, Nature Neuroscience 2014). Current research in the lab is aimed at further investigating these changes and whether we can identify mechanisms to ameliorate these deficits.

Rett syndrome is caused by alterations in the function of neural networks. We recently discovered that the large scale loss of MeCP2 from forebrain GABAergic interneurons leads to deficits in auditory sensory information processing; but the restoration of MeCP2 in smaller populations of interneurons ameliorates these deficits. In addition, we found that loss of MeCP2 function in GABAergic neurones leads to seizures not otherwise observed in Mecp2-null mice.

‌
‌My fundamental job as a teacher is not to deliver information. My fundamental job as a teacher is to guide the process of learning: to inspire, to challenge, to excite students to want to learn. Yes, I have to explain and demonstrate my subject area. But the most important thing I can do is to make every student feel important; to make them feel accountable for doing the work of learning.

‌‌
Inside every head is the most complex object we have discovered in the universe: the human brain. This 1.5 kg mass of tissue contains 100 billion neurons, at least another 100 billion supporting cells known as glia and a vast network of blood vessels to support these neurons and glia. Together, these cells generate the intricate firing patterns of electrochemical impulses of the brain. Together, these cells and their firing patterns determine who you are. Within my lectures, we see how all of this is possible and what happens when things go wrong. And we will discover the techniques used by neuroscientists to unravel the inner workings of the brain and how they are altered in disease.

‌
Regular tutorials represent a focal point in teaching and learning at York. The tutorial system is one of the most distinctive features of the Biology and Biomedical Sciences programs at York. It ensures that students work closely with academics throughout their undergraduate careers, and offers a learning experience which is second to none. A typical tutorial is a one- to two-hour meeting between myself and four students to discuss reading and written work that the students have prepared in advance. It provides an opportunity to interact directly, to engage in debate, to exchange ideas and argue, to ask questions, and of course to learn through the discussion of the prepared work. Students learn how to best communicate their ideas through presentations and written work. In addition, students will often enter the laboratory to perform a short experiment that highlights how science is carried out in an academic environment.

‌‌
‌Students taking a project in my lab will inevitably be working on a neuroscience-related topic aligned with my research. Examples of techniques the student will learn include electrophysiology and its analysis, immunohistochemistry and some molecular biology. 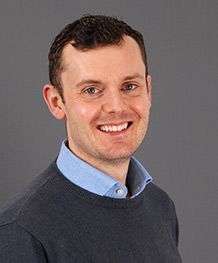