A versatile, accomplished singer and passionate teacher, Susan was raised in Northumberland and holds qualifications from the Universities of Durham and London and Trinity College of Music.

In recent years, she has developed a growing reputation in the field of contemporary opera and as a champion of neglected works relishing the musical, artistic and dramatic challenges. For English National Opera, she created the role of Wife in the World Premiere of Tansy Davies’ Between Worlds, directed by Deborah Warner.  Also for ENO, Susan has worked on The Passenger (Weinberg), giving a pre-performance talk and was heard on Radio 3’s Private Passions and has covered the demanding role of the Duchess in Powder Her Face (Ades). Other notable roles include Micaëla/Carmen, Caterina/L’amico Fritz, Silvia/Zanetto (Mascagni) (all for Opera Holland Park), the title role in Kát’a Kabanová and Tatyana/Eugene Onegin. She has garnered critical praise for her strong dramatic sense and rich, warm sound.

Susan is proud to have been an integral part of the group of musicians who founded the now internationally renowned Oxford Lieder Festival and has a considerable knowledge and experience of performing a wide range of song repertoire. She enjoys collaborating with pianists such as Ben Dawson, Julius Drake, Iain Farrington and Sholto Kynoch and has had works commissioned for her.

Her commitment to performing is matched and balanced by her love of and dedication to teaching. Susan has worked with choristers at Christ Church Cathedral, taught at several leading independent schools (Music, Voice and Piano) with the main focus of her work now at university level. Combined with her teaching practice at York, Susan also teaches the Scholars at St Peter’s College, University of Oxford and private work in London. Classically trained, Susan is also keen to work with singers interested in Musical Theatre and has recently worked as a teacher/MD/coach on the Summer Academy: West End on Demand. In addition, she has been a visiting teacher for the National Youth Choir of Great Britain. Susan hopes thather infectious passion, deep commitment and sound technical knowledge all combine to inspire the highest levels of communication, enjoyment and achievement, fostering a lifelong love of music and learning. 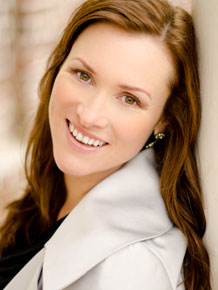