I graduated in English & American Literature from the University of Warwick in 1982 and undertook postgraduate studies in Directing at the Bristol Old Vic Theatre School (1984), and Screenwriting at the UK’s National Film & Television School (1994-96) followed by the Maurits Binger Film Institute in Amsterdam (1997). At the MBFI I developed my spec script Boney & Betsy, which was optioned by Film & General Productions. The script took me to Hollywood, has been re-optioned several times, and got me a lot of writing commissions.

I’ve written feature films for producers such as Warp Films and Met Films, and spec scripts which I’ve sold in London, New York and Los Angeles.  My draft of In Tranzit (directed by Tom Roberts) attracted John Malkovich and Vera Farmiga onto the movie, which was released in 2008.  I continue to write 'spec' scripts and theatre plays. In June 2015 I was in Cyprus interviewing director Peter Medak for The Ghost of Peter Sellers, a feature documentary about his disastrous movie Ghost in the Noonday Sun which he and Sellers shot there in 1973 and that my theatre play Mad Dogs was inspired by.  I am currently attached as director to my comedy drama script Forgotten Men, set in York and developed on the 2014 Triangle programme funded by Screen Yorkshire and Creative England.

As a director I’ve collaborated with some fantastic talent in front of and behind the curtain and the camera. Highlights include the award-winning Cinderella (Latchmere Theatre, 1985); a 4-part 30’ documentary series Alien Nation for HTV Carlton (TX September 2002); and the last major filmed interview with composer Sir Malcolm Arnold, which featured in Tony Palmer’s 2-part South Bank Show that also I co-produced, Towards the Unknown Region (2004).

I work internationally as a teacher and script consultant; films I’ve helped develop include Noel Clarke’s Kidulthood (2006), Justin Kerrigan’s I Know You Know (2008), Drift (2013), starring Sam Worthington and The Mule (2014) starring Hugo Weaving. I’ve also mentored on many short films in the UK and Australia, with Academy Award- BAFTA- and AWGIE-nominated filmmakers. In 2009 I co-created Screen Australia’s Springboard programme, helping emerging Australian film talent develop and produce a short film that supports their first feature. To date feature films These Final Hours (2013) and Downriver (2015) have been produced as a result of this programme. My work in Australia led to me being appointed Lecturer in Screenwriting at the Australian Film, Television and Radio School in Sydney, the post I held prior to joining the University of York in 2012.

As a consequence of my wide-ranging professional experience, continuing areas of interest and research for me include: short films and how emergent film-makers can best use them to make the successful leap into features; film and TV characters and their core function in the creation of compelling screen stories and effective story structures; and scene-writing, about which I am currently researching a book in response to regular requests from students. 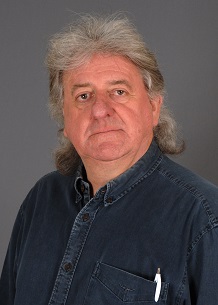