A native of Cornwall, Richard Jackson studied with Thomas Hemsley and Audrey Langford, and became one of the founder members of Graham Johnson’s “Songmakers’ Almanac”, touring with them in the USA, Europe and the Far East, and contributing to their CD series. He collaborated in recital also with Roger Vignoles, Geoffrey Parsons, and Gerald Moore. On the opera stage he appeared in a variety of roles with ENO, Glyndebourne, the Monnaie and Opera North. He sang Onegin under Rostropovich at Aldeburgh. He sang Christus in Jonathan Miller’s staging of the St Matthew Passion on BBC TV and CD. Richard’s extensive involvement with contemporary music included ten appearances for Almeida Opera, trips to Huddersfield, Warsaw, Amsterdam and Mexico, and CDs of works by Michael Finnissy, Bernard Stevens, and Gerald Barry.  He appeared numerous times with Peter Seymour and the Yorkshire Baroque soloists.

Nowadays Richard leads song classes in London at the Guildhall School and the RCM, and teaches at a number of summer schools. He has taught in Australia, France and China. He has served on the jury of the National Mozart competition, and the Kathleen Ferrier Awards. He has been visiting York for the last three years to coach students in repertoire ranging from early music, through the great songs and operas of the nineteenth century, to contemporary music. At York, he has directed two Purcell stagings: King Arthur, and Dido and Aeneas. 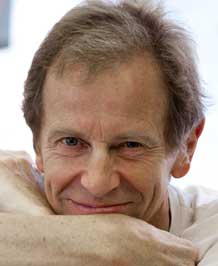