My research project focuses on the experimentation of a new grammar for telling narratives in Cinematic Virtual Reality, through pushing the boundaries of editorial and directorial grammar to test what the viewer can become accustomed to over time. This project follows on as a direct link from my experimental undergraduate dissertation, where I investigated the question: can an engaging story be told in VR film using traditional 2D editing techniques, by controlling the viewers' focus and triggering audience expectations?

As my previous research suggested, I can create a more captivating narrative by controlling the viewers direction of gaze in 360-degree and 180-degree environments. Through this project I will be testing and discussing a number of techniques to guide the development of a new grammar for telling narratives in this emerging area of Cinematic Virtual Reality.

I graduated from a BSc (Hons) in Film and Television Production at the University of York in 2019 after achieving a BTEC in Film and Television studies in Cambridge. Since graduation my professional life has been dedicated to virtual reality filmmaking. I recently worked on an R&D project to develop new linear narrative storytelling techniques for 360-degree film with the School of Arts and Creative Technologies, XR Stories and VIDAVEO.

I've also been working on a Virtual Production research project for SIGN and XR Stories, to further the understanding of VP as a potential area for development in Yorkshire. 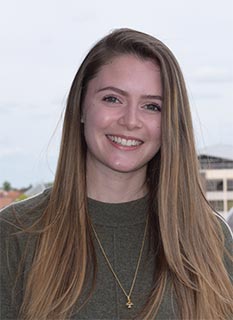