I am a graduate of the University of Edinburgh where I completed an MA (First Class Hons.) in Sociology in 1986 and a PhD thesis, ‘Making Movies: The Structuring of Creativity in Contemporary British Cinema’ in 1990.

My first job on leaving Edinburgh was as Research Officer at the British Film Institute in London where I worked between 1990 and 1995. This was followed by eight years in the School of English at the University Exeter where I established and directed the Bill Douglas Centre for the History of Cinema and Popular Culture, a public museum and research collection including some 50,000 books and artefacts.

In February 2004 I moved to the University of Auckland in New Zealand as Professor of Film and Head of the Department of Film, Television and Media Studies, where I remained until arriving at York in January 2009.

At York I have played a key role in devising and developing the BSc in Film and Television Production and in teaching modules on all levels of the programme. I have also held a number of key administrative roles including Director of Graduate Studies (2009-13), Director of Research (2011-14) and Deputy Head of Department (2014-2017). I became Head of Department in January 2018. But I continue to take a strong interest in teaching and currently convene and teach the stage two module The Discipline of Genre modules on the BSc in Film and Television Production. I also supervise PhD students on a variety of projects including some by creative practice.

My research has been primarily in the areas of British, Scottish and New Zealand cinema and culture, with specific interests in the film-making process, the industrial structures and functioning of national cinemas, the art and craft of cinematography and the relationship between cultural expression and the question of the national. I have written eight books: Creativity and Constraint in the British Film Industry (Macmillan, 1991), The British Cinematographer (BFI, 1996), Screening Scotland (BFI, 2000), Contemporary Scottish Fictions (Edinburgh University Press, 2004), Shot in New Zealand: The Art and Craft of the Kiwi Cinematographer (Random House, 2007), A Coming of Age: 30 Years of New Zealand Cinema (Random House, 2008) – co-written with Duncan Stuart, Educating Film-Makers: Past, Present and Future (Intellect, 2014) – co-written with Rod Stoneman, and Transformation and Tradition in 1960s British Cinema (Edinburgh University Press, 2019) – co-written with Richard Farmer, Laura Mayne and Melanie Williams. I have also edited or co-edited a further eleven volumes, including The Cinema of Small Nations (Edinburgh University Press, 2007) – with Mette Hjort, and have contributed numerous book chapters, journal articles and reviews. From 2015-18 I was Principal Investigator on a three-year AHRC-funded project: Transformation and Tradition in Sixties British Cinema: Production Cultures, Cross Media Relations and National Branding, a collaboration with the University of East Anglia.

I have supervised more than twenty PhD theses and over thirty Masters Theses and Dissertations on a wide range of film and television related topics.

Involvement with a range of outside film-related bodies and organisations has also been an important part of my work as an academic.

In New Zealand I served on the Creative and Performing Arts Panel in the 2006 Performance Based Research Funding (PBRF), their version of the RAE. 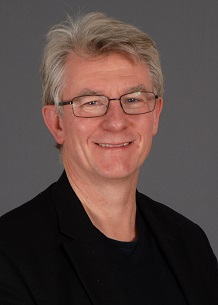