Paul has worked in music production since 1986, for EMI and his own company, Re:Sound. He learned about music production using analogue technology, creating pieces of music with thousands of pieces of anologue tape edited together, and a row of five reel to reel tape machines.

After completing a Masters Degree in composition at Durham, Paul began his career at BBC Radio York (still recording and editing on analogue tape in those days).

He joined EMI’s Abbey Road Studios in 1986 as a classical editor, and by the time he left in 2000, was in charge of classical music post production. He worked with artists in various genres, including the Pet Shop Boys, Nigel Kennedy, The Kings Singers, Sir Simon Rattle and many more. He has worked on film music scores including Mighty Joe Young and Captain Corelli’s Mandolin.

Paul set up his own company in 2000, based in Thirsk, and specialises in remastering old analogue recordings, mastering, and location recording (engineering and producing). Clients at present include Naxos and Ayriel (www.ayrielclassical.com) He is the only third party engineer with permission to take EMI and Decca classical master tapes off their premises.

There are approximately 2000 CDs on various record labels which have been remastered, mastered or engineered by him. Several have won awards.

Paul is also a piano teacher and an A-level Music Technology examiner for Edexcel. He is a classically trained musician, and plays violin and flute as well as piano. He is a part time senior lecturer at Leeds College of Music. 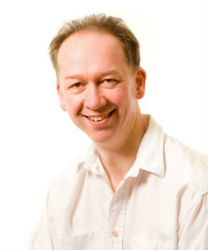