Visit Hauke Egermann's profile on the York Research Database to:

Hauke Egermann graduated in Systematic Musicology, Media Studies, and Communication Research (MA 2006, Hanover University for Music and Drama, Germany). Subsequently, he studied Neuroscience (PhD in Music Psychology/Neuroscience 2009, Center for Systems Neurosciences Hanover). He was Postdoctoral Research Fellow at the Centre for Interdisciplinary Research in Music Media and Technology (2009-2011, McGill University, Montreal, Canada). From 2011 to 2015 he lectured and researched at the Audio Communication Group (Technische Universität Berlin, Germany). In 2015 he was a Visiting Research Fellow at the Center for Digital Music, Queen Mary, University of London. In 2016 he was awarded his Habilitation in Musicology at the Technische Universität Berlin. Since 2016, he has been at the School of Arts and Creative Technologies, University of York and directs the York Music Psychology Group.

Hauke’s research is focused on the effects of music and sound, audience research, and the application of this fundamental research in music practice and the development and evaluation of music and media technology. Specifically, he is interested in understanding the role of music emotion-induction mechanisms, embodied music cognition, social influences in listening, statistical probabilities of structural music features or sound qualities, and the ability of music to communicate emotion and meaning to listeners. He developed an interdisciplinary research methodology that tries to unify epistemological approaches from various disciplines including musicology and psychology.

His research has been published in international peer-reviewed journals and anthologies and has often received media attention. Find more information on the website of my research group.

He has contributed to various international research projects (selection): 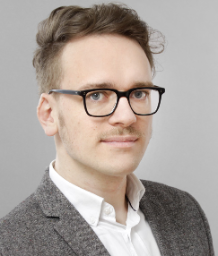