I was appointed Professor of Theatre in September 2015. I previously taught at the University of Sussex, University College Dublin, Ludwig-Maximilians-Universität Munich, and the University of Huddersfield. Trained in modern languages at Nottingham, Bristol and Oxford, I work mostly on German theatre, with a particular interest in the Brechtian tradition of making theatre politically. I have also written widely on postdramatic and experimental theatre, play texts and directing.

I teach the theory and practice of modern and contemporary theatre in seminars, workshops and project-based work. Students are encouraged to explore the many possibilities of dramatic and postdramatic plays, develop devised pieces, and experiment with different approaches to performance.

My research interests touch on a number of areas. I have worked on experimental writing and directing; Bertolt Brecht as theatre theorist and practitioner; Brecht’s theatre company, the Berliner Ensemble; Heiner Müller’s challenging later plays on the page and on the stage; the plays and stage work of Rainer Werner Fassbinder; documentary theatre, postdramatic theatre; and post-Brechtian theatre.

I have completed a large project on Brecht in theory and practice. Having published book-length studies of the Berliner Ensemble and Brecht, I have applied Brecht’s dialectical approach to plays that were not written in the Brechtian tradition. The project was supported by the AHRC and is fully documented on the Brecht in Practice website. I also run workshops to disseminate my findings on Brecht’s theatre for teachers and theatre professionals, with the focus on how his ideas can inform contemporary practice.

I have had a number of research projects supported by major funders:

This award is designed to maximize impact, following original research supported by the AHRC. I will be employing the Brechtian method to direct a play not written in the Brechtian tradition that will be performed publicly in Autumn 2016. Rehearsals will be documented and published online for free consultation. I will also be offering workshops to A level teachers and theatre professionals. Please contact me at david.barnett@york.ac.uk if you would like me to visit your school, college, conservatoire or training institution. All workshops supported by this award are free to institutions and participants.

£74,000 to write up the findings of my Berliner Ensemble project.

35 BARDAs were awarded in 2009 to applicants from the arts, humanities and social sciences across the United Kingdom. I was awarded £120,000 to support archival research for my Berliner Ensemble project.

In addition, I secured funding from January-March 2010 (€10,800) from the Humboldt Foundation to support this project.

The Humboldt Foundation is a part of the German Foreign Office and offers Research Fellowships by international competition. According to the Foundation’s statistics, in 2000 only 1,7% of awards went to the UK, and less than 25% of all awards in any given year go to the humanities and the social sciences. The Fellow is granted €2,100 external funding per month (total €25,200). The award funded a year’s research into Fassbinder’s work in and for the theatre.

‘Dialectics and the Brechtian Tradition. Some Thoughts on Politicized Performance’, Performance Research, 21: 3 (2016), pp. 6-15

For a full list of publications see my entry on the York Research Database. 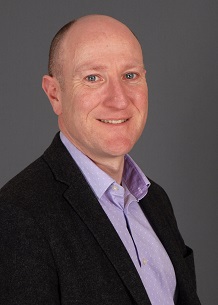