Visit Kevin Hicks's profile on the York Research Database to:

Kevin Hicks has been a research associate at the Stockholm Environment Institute centre at York (SEI-Y) since 1997 and served as Deputy Director of the centre between 2014 and 2018. His research interests cover air pollution impacts on terrestrial ecosystems from local to global scales, ecosystem services, air pollution issues in developing countries, linkages between air pollution and climate change, and the transfer of scientific information to the policy process.

Work with the GAP Forum highlighted the potential for developing integrated co-benefit strategies for air pollution and climate change and led to SEI’s involvement in a UNEP/WMO Integrated Assessment of Black Carbon and Tropospheric Ozone, for which he was the co-ordinator at the secretariat for the assessment based at SEI. This work has led to his being the principle investigator of a US State Department Grant entitled ‘Facilitating Action on Short-Lived Climate Forcers in Developing Countries’ and to his involvement with the regional intergovernmental consultations and the national action planning activities of the Climate and Clean Air Association (CCAC; http://www.unep.org/ccac/).

He has organized international workshops on nitrogen deposition impacts to ecosystems and attended UN/ECE scientific and other national/international meetings on air pollution issues, as well as being involved in the European Nitrogen Assessment and the EU FP7 funded ECLAIRE (Effects of Climate Change on Air Pollution and Response Strategies for European Ecosystems; http://www.eclaire-fp7.eu/) project. He is the Europen Director of the International Nitrogen Initiative (INI; http://initrogen.org/).

He has also worked on projects for the UK government related to air pollution impacts and the development of the ecosystem services approach and was the project manager at the Directorate for the NERC funded Biodiversity and Ecosystem Services Sustainability (BESS; http://www.nerc-bess.net/) Programme. He has 20 peer-reviewed publications and over 40 reports and book contributions. 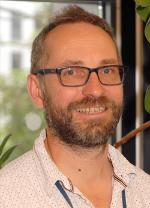