Teaches on the interdisciplinary module Rationality, Morality and Economics

Despite its title, and although excellent in many ways, PPE at Oxford had no obvious interdisciplinary pretensions. At that stage, to be fair, neither had I. My first out-of-subject experience came in a course on Political Sociology, where my tutor encouraged me to look at some research (including his own) on 'economic' ways of analysing political behaviour. I like to recall the work I did in this area as being among my best as an undergraduate. Unfortunately, the University Examiners felt otherwise.

Fortunately, though, I scored sufficiently good marks overall to enable me to defer any difficult career choices, and to continue down the academic road. Perhaps in reaction to my chastening experience in Political Sociology, I opted for a hardcore postgraduate course in Economics and Econometrics, and thereby became, officially, an economist. It was as such that I arrived at York a few years later.

Along the way, however, the occasional interdisciplinary thought had entered my head. One early research interest was in international trade policy, and tariffs in particular. Producers benefit financially from the inhibition of cheaper, competitive imports, but only by depriving consumers of yet greater economic benefits. Economics, therefore, cannot fully explain why governments impose tariffs. They must be, at least partially, a political phenomenon - evidence, perhaps, that producer interests are more influential than those of consumers.

Politicians are fond of invoking the 'national interest', especially when defending their economic policies, or attacking those of their opponents. How is this political touchstone to be understood?

Through this, and similar concerns, I became drawn towards an interest in Social Choice, an area where Economics, Philosophy and Politics collide with some force. Politicians are fond of invoking the 'national interest', especially when defending their economic policies, or attacking those of their opponents. How is this political touchstone to be understood? Can my interests and yours be aggregated or arbitrated? How can nations, or any other groups for that matter, make 'collectively rational' choices? Are ideas of fairness or justice relevant to this process? Are they, indeed, coherent?

The School of PPE at York has given me the opportunity to ponder such mysteries on a professional basis. More importantly, though, it enables our students to discover and confront them as a key part of their degree programme. Central to our approach in the School is the firm belief that the integrated study of these subjects means rather more than simply taking them in combination. 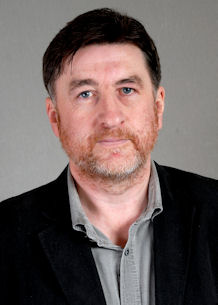