Explaining Unionist Crises: The Protocol and the idea of Northern Ireland Independence 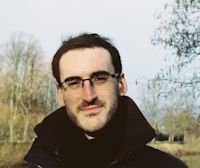 Adam Fusco has had his article "Explaining Unionist Crises: The Protocol and the idea of Northern Ireland Independence"published on the website Writing the Troubles this week.

Five years after the United Kingdom voted to withdraw from the European Union, Brexit continues to shape the political imagination, particularly in places where the majority voted to Remain. In Northern Ireland its unintended offspring, the Northern Ireland Protocol, has come to dominate the political outlook, particularly within Unionism. For many Unionists, the Protocol is understood and experienced as yet another constitutional crisis. Recent opinion polling suggests that it is a significant contributing factor to the electoral destabilisation of the DUP and has caused some Loyalists to waver on the Good Friday Agreement. This post reflects on the present moment’s historical resonance and considers the methodological lessons which can be learned by examining the continuities (or lack thereof) between past and present Unionism in respect of the Protocol and historical articulations of Northern Ireland independence. It considers how existing historical scholarship on Northern Ireland often fails to capture Unionist grievances and claims in the appropriate register. It suggests that to better articulate the ideological profile of Unionism, explanations and political languages should be imported from other disciplines beyond Irish studies and the history of Northern Ireland.