Roundtable on the Islamic State

A popular roundtable discussion was held on 28th January 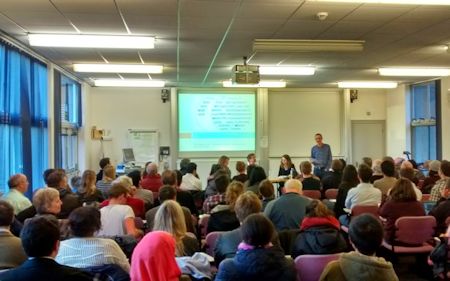 Participants:
Claire Smith (Politics)
Lars Waldorf (Centre for Applied Human Rights)
Jacob Eriksson (Post-war Reconstruction and Development Unit)
Carlotta Minella (Politics)
On the 28th of January the Department of Politics organised a roundtable on the Islamic State. The event was attended by over 100 students, faculty and members of the public. The panelists contextualised ISIS within post-2003 Iraq and their roots in Abu Musab al-Zarqawi's al-Qaeda. They discussed the impact of the US invasion on the Iraqi state, especially in terms of its unintended national and state building consequences. The emergence of the Kurdish state and the decline of the Iraqi state were explored in parallel. Last but not least, by contemplating the situation in Iraq and Isis, the presenters invited the audience to rethink the responsibility to protect - and specifically the responsibility to rebuild - as imperatives in the wake of an international intervention.