Toleration and Its Enemies

This module investigates phases in the history and character of the idea of toleration, by examining and discussing a series of major texts on the subject. It is structured through the antagonisms of individuals and parties who adopted sharply contrasting positions to the questions of toleration that pressed upon them in their day. Among the texts studied are: Roger Williams’s The bloudy tenant of persecution, John Locke’s Letter concerning Toleration, Pierre Bayle’s Commentaire philosphique, and John Stuart Mill’s On Liberty. The module traces the development of the idea of toleration in the history of political thought and examines both continuity and change in defences of the value of toleration.

To gain an understanding of how a philosophical tradition of toleration was developed and expressed in different historical and biographical contexts.

J S Mill, On Liberty (many editions, including with critical commentaries in J Gray and G Smith (eds), J S Mill's On Liberty in Focus, Routledge)

Every year our students' feedback helps us to improve our modules

"I found this module to be stimulating, particularly in how it drew attention to difficult unresolved problems affecting everyone." 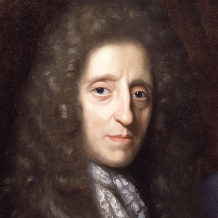