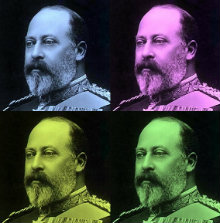 It must have seemed like a long garden party on a golden afternoon – to those who were inside the garden. But a great deal that was important was going on outside the garden: it was out there that the twentieth-century world was being made. Nostalgia is a pleasing emotion, but it is also a simplifying one; to think of Edwardian England as a peaceful, opulent world before the flood is to misread the age and to misunderstand the changes that were dramatized by the First World War (Samuel Hynes, The Edwardian Turn of Mind).

More than forty years since Samuel Hynes wrote these words, many accounts and representations of Edwardian England still invoke the image of the garden party. Building on recent critical reappraisals, such as The Edwardian Sense (Yale 2010), and coinciding with the major Edwardian exhibition at the Yale Center for British Art, this interdisciplinary conference seeks to examine this notion, and to explore the alternatives. Was there such a thing as a distinct Edwardian culture; if so, what were the forces behind it?

This two-day conference will be held at the University of Durham (Friday 12thApril) and the University of York (Saturday 13th April), and features a series of papers and panel discussions on subjects ranging from railway posters to chivalric costumes, censorship to science fiction, and spiritualism to neo-Edwardian films. Our confirmed keynote speakers are Dr. Ysanne Holt (Northumbria) and Dr. Simon J. James (Durham).

The total cost of the conference, including lunch on both days and a wine reception to close, is £10.

‘Beyond the Garden Party: Rethinking Edwardian Culture’ is generously supported by the Centre for Modern Studies and the Humanities Research Centre (University of York), and Event Durham (University of Durham).

Admission: £10 (including lunch on both days and wine reception)