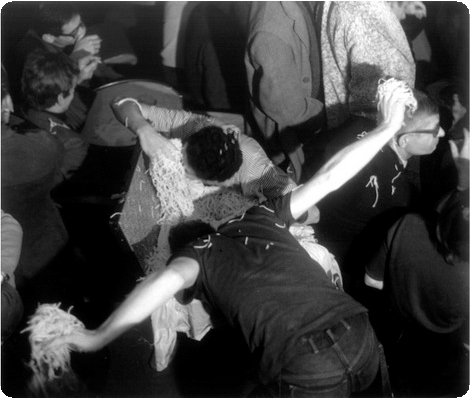 This paper traces the passage from a commitment to artistic ‘autonomy’ among unofficial artists of the late 1950s and early 1960s to the development of experimental practices which enabled artists to address the problem of isolation and to explore new forms of ‘contact’ in the 1970s and 80s. Drawing new parallels between experimental artistic practices in the central European soviet satellite countries and the writings of prominent central European dissidents, the paper explores the interplay of the cultural, social, and political fields in the decades preceding the events of 1989.

Klara Kemp-Welch is Lecturer in Modern and Contemporary Art (2012-13) at the Courtauld Institute of Art in London, where she has worked since 2009, developing the Leverhulme-funded project Networking the Bloc. She completed her PhD in the History of Art at University College London in 2008, supervised by Professor Briony Fer. Her first monograph Antipolitics in Central European Art 1956-1989 is forthcoming with IB Tauris in 2013. Over the course of 2013-14, she will remain at the Courtauld Institute, as an Arts and Humanities Research Council Early Career Fellow, finishing the manuscript for Networking the Bloc.