Modernizing the Mikado: Japan, Japanism, and the Limitations of the Avant-garde

During Autumn 2012 Professor Reed is the Terra Foundation for American Art Visiting Professor at the Courtauld Institute of Art. His interdisciplinary scholarship focuses on issues of identity as they play out in visual culture, including fine art, design, and the mass media. Reed's influential anthology 'Not at Home: The Suppression of Domesticity in Modern Art and Architecture' was published in 1996. Also in 1996, he published 'A Roger Fry Reader', which presented little known texts by this influential art critic, widening his legacy beyond his reputation as the father for formalism. Reed’s 2004 'Bloomsbury Rooms: Modernism, Subculture, and Domesticity' explored the relationship of the Bloomsbury Group to ideas about the look of modern life. This was followed by a major travelling exhibition co-organized with Nancy Green in 2008, 'A Room of Their Own: The Bloomsbury Artists in American Collections'. Recent publications include 'Art and Homosexuality: A History of Ideas' (Oxford 2011) and 'If Memory Serves: Gay Men, AIDS, and the Promise of the Queer Past' (Minnesota 2012), co-authored with Christopher Castiglia. In 2010 he published 'The Chrysanthème Papers: The Pink Notebook of Madame Chrysanthème and other Documents of French Japonisme'. Reed’s current research investigates how Japanese aesthetics were marshalled to define alternative forms of masculinity in modern America. 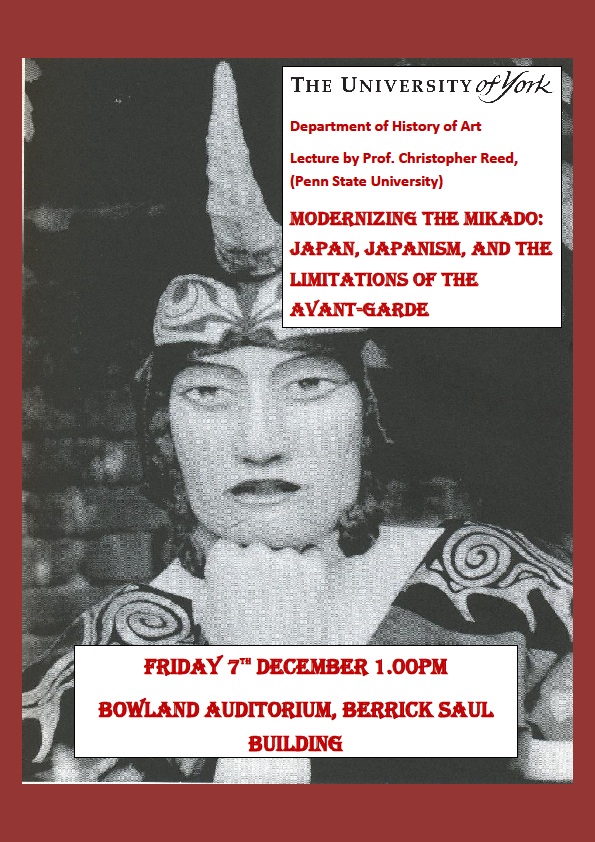