Theory Has Never Been Secular 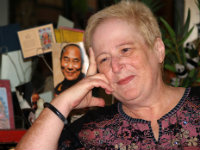 In one of the last papers that she gave before she died, Eve Kosofsky Sedgwick described a “still unrealised project” that she had recently had in mind, “for a conference or an essay anthology whose title would be something like Critical Theory, Buddhist Practice”. Sedgwick thought of the project as a “way of marking and trying to understand the successive discovery that one after another of the critics” she was really interested in turned out to have been, “at some stage, whether early or advanced, in an exploration of some form of Buddhist practice or thought”. Sedgwick also speculated on the way that many “aspects of Buddhist thought that seem initially counterintuitive to many people – its rigorous nondualism, for an obvious example – can seem already self-evident and invitingly haimish to anyone whose mother’s milk has been deconstruction or, say, systems theory”  (Eve Kosofsky Sedgwick, The Weather in Proust (Duke University Press, 2011)).

This short, informal Lightning Rods seminar, open to all, takes up Sedgwick’s intuition and extends it to wonder whether ‘Theory’ tout court has even been secular, and raises questions about how best we might think about the inter-relationship, and supposedly discrete periodisation, of a number of more or less ‘contemporary’ theoretical perspectives and ‘earlier’ theological positions from across history and the globe. Four speakers from two disciplines will provide 5 minute position papers to get the discussion going: