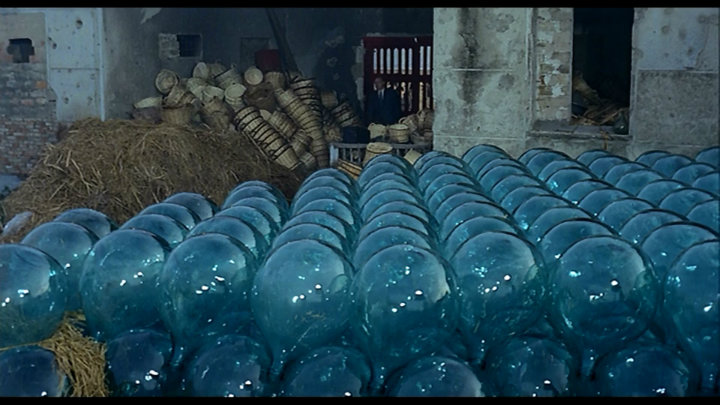 All students and staff are invited to a screening of Red Desert / Il deserto rosso (1964), Michelangelo Antonioni's first colour film. The film is being screened in preparation for the 'So-called waste': Forms of Excess in Post-1960 Art, Film and Literature workshop, in which Dr Karl Schoonover will touch on the film, amongst others, but you do not need to attend the screening to come to the workshop or vice versa.
The film follows Giuliana (Monica Vitti) through the polluted industrial landscape of Ravenna, replete with towering chemical plants and pools of toxic waste. The film's depictions of waste could be read as a reflection of the protagonist's deteriorating mental state, or as a figure for Antonioni's anti-narrative strategies, themselves a form of time-wasting and perhaps an attempt to register the 'slow violence' of environmental damage. However, Dr Schoonover's seminar will respond to conventional readings of contemporary visual culture as exploiting waste as an opportunity for abstraction within an otherwise representational image. Our discussion will put pressure on this critical move, asking whether it abets an evacuation of waste's material force.