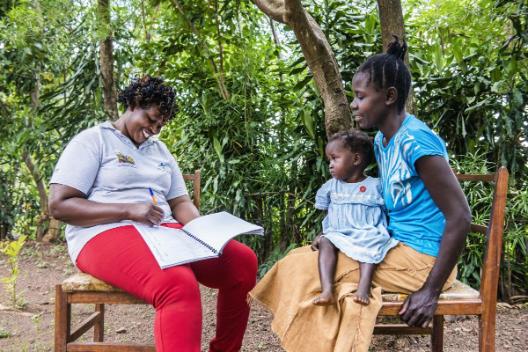 The ‘Inspiring Communities in Global Health’ workshop took place on 12 June 2017 at the Wellcome Collection in London.

Organised by Dr João Nunes (Department of Politics) and Dr Alexander Medcalf (WHO Collaborating Centre for Global Health Histories), the workshop explored topics and stories regarding community health workers (CHWs) globally throughout the 20th and 21st centuries. It enabled a truly interdisciplinary conversation beween historians, social scientists, psychologists and other health professionals, with participants offering different perspectives on the topic of CHWs and universal health coverage.

The workshop set out with two key objectives: first, to explore the role of community health workers in global health and in particular their contribution to delivering universal health coverage; and second, to highlight the evolution of ideas and practices which have historically influenced the work of CHWs.

Four panels were held during the day:

The first panel focused on the history of CHW programmes, highlighting the connections between past developments and the character of contemporary public health.

The second explored the interlinked roles played by colonialism, religion and gender in public health. It also considered issues of funding, sustainability, education level and gender bias in the health sector.

In the third panel, the need for a systematic assessment of poverty and social vulnerabilities, and how they impact upon CHW work, was discussed.

Finally, the fourth panel had Dr João Nunes from the Department of Politics speak about CHWs in Brazil and the practical challenges of implementing universal health coverage.

The day concluded with a presentation from Prosper Tumusiime (WHO Regional Office for Africa), who emphasised that to in order move forward we first need to review our history and seek to learn from it.

Overall, the workshop emphasised the need to acknowledge the complex intermesh of ideas and interests impacting on CHWs, but also to determine better ways to address these complexities.

You can view a full report of the workshop on the Centre for Global Health Histories website.

The workshop was convened by Dr João Nunes and Dr Alexander Medcalf, funded by their Wellcome Trust Seed Award ‘Community health workers in Brazil and the global movement for universal health coverage’. This support, along with that of the Department of History and the Department of Politics at the University of York, is gratefully acknowledged.