The PsychoSocial Aspects of Diabetes (PSAD) Study Group of the European Association for the Study of Diabetes (EASD) presented Professor Christina van der Feltz-Cornelis with the PSAD Mid/Senior Career Researcher Science Award 2021 in the domain of diabetes psychology. 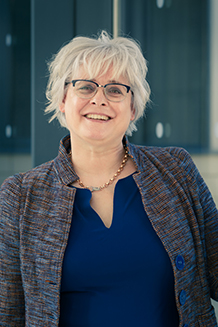 The award was made during PSAD's 26th Annual Scientific Meeting on Thursday 21 October.

The publication found that a variety of interventions are effective and that over the last decade, new interventions with large effect sizes have been introduced, such as group-based therapy, online treatment, and exercise. However, although all interventions, including psychotherapy, antidepressants, and metformin, were effective for depression, not all treatments were effective for glycemic control. Also, interventions in comorbid depressive disorder were more effective than in comorbid subthreshold depression. Based on the findings, guidance was provided for the treatment depending on the patient profile and desired outcome. It was also noted that research was mostly conducted in western countries and China, and LMIC based research was mostly lacking despite the surging prevalence of diabetes and depression in such countries.