Professor Steven Ersser, has been recognised for the International Nurse Researchers Hall of Fame Award. 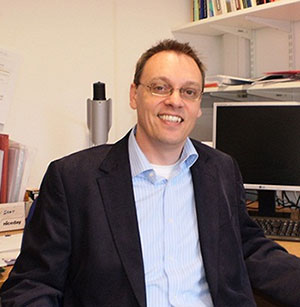 Sigma inducts researchers who have achieved significant and sustained national and/or international recognition for their work; and whose research has impacted the profession and the people it serves. It is the highest international research award for nurses and Steven is one of a small group of nurses recognised worldwide for 2018. Following the 2017 induction, STTI will have recognized 156 nurse researchers from 13 countries.

Steven has made a substantial contribution to the fields of dermatology and nursing through his work on developing theory​-based​ interventions ​to support those living with long-term skin conditions,​ ​such as eczema and psoriasis. This work extends to people living in resource -poor countries with neglected tropical skin diseases. He has also ​promoted the development and evaluation of skin care for adults and children in general care settings to improve their skin barrier function. ​His current work on supporting self-management aims to investigate effective methods of helping the public at higher risk of skin cancer to engage in skin self-examination, to promote its early detection.

The award also gives recognition to Steven's substantial contribution to mentoring nurses and other health professionals on research methods and issues related to enhancing and evaluating skin care and dermatology practice.

The University of York also offers a range of Health Sciences courses.